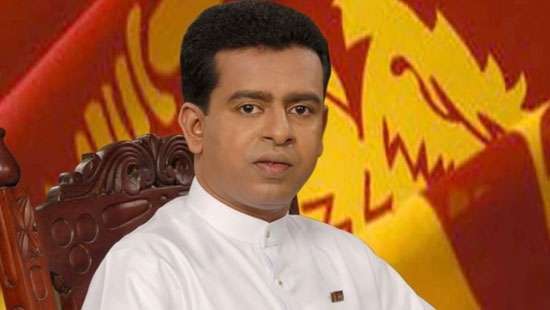 The security sticker introduced last year by the Department of Excise to be pasted on the cap of liquor bottles sold in Sri Lanka has been forged, as per a revelation made by an Opposition MP in parliament today.

Samagi Jana Balawegaya (SJB) Parliamentarian Buddhika Pathirana told the House during the second reading of the budget that the security sticker pasted on liquor bottles had been forged recently.

MP Pathirana said the racket is being carried out with the knowledge of certain Excise Department officials and requested an immediate inquiry into the matter.

The security sticker for liquor bottles was introduced last year by the Excise Department on the instructions of the Ministry of Finance.

Controversy reigned when the project was launched as many accused that the task of printing the sticker had been granted to an infamous Indian company called Madras Security Printers (MSP), which was even blacklisted in India. (Kurulu Koojana Kariyakarawana)