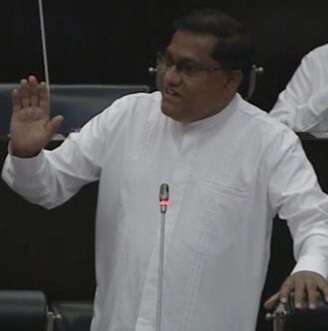 President Ranil Wickremesinghe should be thankful to the Aragalaya instead of trying to supress it as he was able to become the President becuase of the Aragalaya, National People's Power (NPP) MP Vijitha Herath said today.

He told Parliament that it was regrettable that the President was now pulling up the Aragalaya activists and threatening to call in secuity forces and declare emergency to prevent another Aragalaya.

Speaking during the Committee Stage debate, he said the Aragalaya was a great people's uprising which was able to expel an executive President and bring about political changes in the country.

“President Wickremesinghe should worship Aragalaya people day and night for paving the way for him to become the President. It is regrettable that he is pulling up the Aragalaya activists and threatening to suppress it,” he said. (Ajith Siriwardana and Yohan Perera)