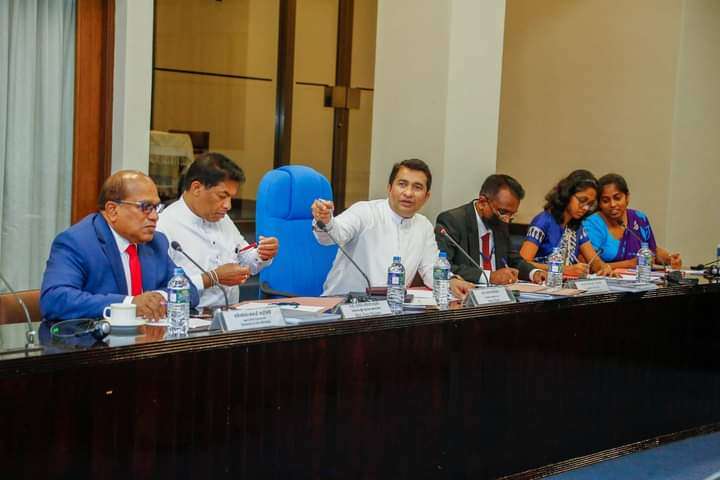 An amount of US$ 800 has been paid per day to each person with all the facilities who have  participated in the recent T20 World Cup held in Australia as officials with the sponsorship of Sri Lanka Cricket.

It was also revealed that non-officials who have participated in the tour had also been given the same facilities given to officials.

Meanwhile, the Minister instructed the Ministry officials to call a report from cricket selection committee for overlooking Chamika Karunaratne to the National Cricket team.

During the meeting it was revealed that there is an opinion that when selecting players for the Sri Lankan cricket team, only players belonging to a certain religious group are selected.

It was expressed that Chamika Karunaratne, who had performed well in the past, was not selected to the national team because he did not agree with the religious ideology. (Darshana Sanjeewa Balasuriya)

A number of activities were held in Parliament today (01)…

The President emphasized that women’s representation should be increased…