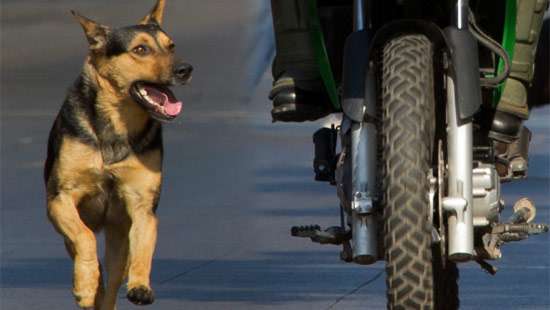 A police constable was killed and another injured when a dog ran into a motorcycle in which the cops were travelling at Panamura on the Panamura-Embilipitiya Main Road.

Police said a group of police officers attached to the Panamura Police Station were returning to the police station in several motorcycles after a raid on Monday night.

Then a dog ran in front of one of the police officer's motorcycle causing a crash. The rider lost control of the motorcycle and crashed into the electric post nearby.

The injured police constables were admitted to the Embilipitiya Hospital and a 36-year-old constable, resident of Panamura had died while undergoing treatment at the hospital.