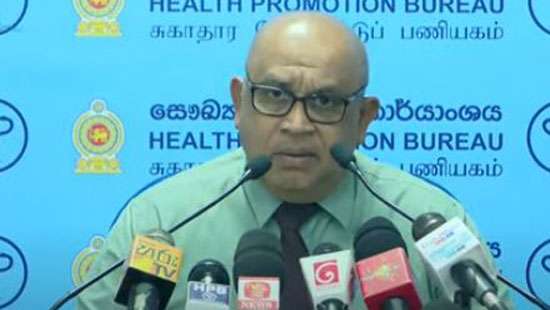 There has been a alarming increase in HIV positive cases in the country during this year compared to last year, and most of them were among people who engaged in same-sex relationships, National STD/AIDS Control Programme Consultant Community Physician Dr Janaka Weragoda said.

“4,600 HIV positive patients had been identified since the first patient was not found in 1986,” he said addressing a media briefing.

“Nearly 1,400 HIV-infected people died due to various reasons, and 2,900 people live with the virus.

“Last year, 59 HIV-positive cases were diagnosed among people aged 15 to 24, and the number had risen to 60 by this year. According to the records, the male and female ratio among the said age group has increased to 1: 10 (10 males: 1 female).

He said that more than 90 percent of the people got infected due to unsafe sexual activities.

“There was no mention of the virus spreading through the blood or from mother to baby. Unsafe gay sexual practices were found to be responsible for half of the 90 percent cases detected, he said.

Meanwhile, the National STD/AIDS Control Programme Director, Rasanjali Hettiarachchi, requested that the public to educate the youth community and protect them from unprotected sex.

“The country has an estimated 3,600 HIV-infected people, but only 2,300 of them receive treatment at treatment centers.

“The infrastructure of the HIV treatment centers should be developed to provide better health services for the youth.

She said that sex education should be openly discussed in society and in schools as a subject for controlling children's sexual emotions as they grow.

Dr Hettiarachchi said that three clergy members have also been diagnosed with HIV.

“We have to educate the community about sexual education to protect the youth, as they are the most vulnerable among inexperienced people,” the doctor said. (Chaturanga Samarawickrama)