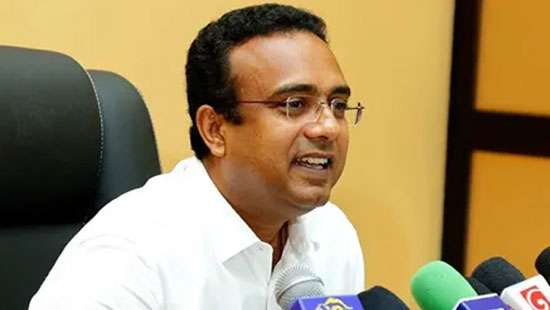 An officer attached to Sri Lankan mission in the Oman who has been involved in human trafficking racket has been suspended and will be brought back to Sri Lanka, Minister of Labour and Foreign Employment Manusha Nanayakkatra told Parliament today.

The Minister said this officer will be arrested no sooner he arrives in Sri Lanka.

“We have sent some ministry officials along with the police to investigate the matter further,” he said.

The Minister assured that more than 140 Sri Lankans who are in care centres in Oman and Dubai, after they were hoodwinked by their employment agents, will also be taken care of soon.

“The human trafficking was uncovered by a committee appointed by the President’s 0ffice two months ago. The media reports published thereafter have also helped us to uncover the scandal. A woman who was behind this trafficking has been arrested on Monday as well,” he said.

He also said that arrangements have been made to suspend sending Sri Lankan domestic workers under visit visas. (Yohan Perera and Ajith Siriwardana)

Steps were being taken to upgrade the Suwaseriya ambulance service…