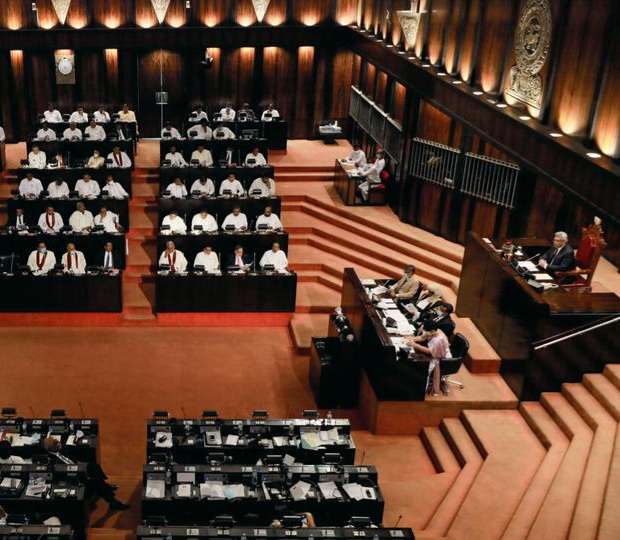 Second reading of the budget was approved by a majority of 37 votes in Parliament with 121 members voting in favour while 84 voted against.

Some 18 members were absent at the time of voting while MP C. V. Vigneswaran abstained from voting.

SJB, some of the SLPP members led by Dallas Alahaperuma and Wimal Weerawansa, JJB members voted against while CWC voted in favour.

Among those who were absent were 10 TNA MPs, Minister Bandula Gunawardene. SJB MP Rajitha Senaratne who was expected to vote in favour of the budget voted against it.

The second reading debate on the budget ended up in drama, with reciting of 'kavi' and reading the lyrics of a song. Minister Harin Fernando read lyrics of a popular Sinhala song while an SJB MP recited a 'kaviya'. (Yohan Perera and Ajith Siriwardana)