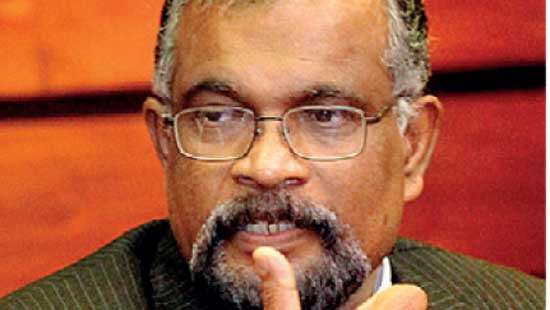 Outlining the main policy thrust underlying Budget 2023 that was unveiled last week, Finance Ministry Secretary Mahinda Siriwardana said it was designed with the intention of contributing to the economic stabilisation path, which the country had already embarked on, while laying the platform for rebooting growth.

Speaking at a post-budget forum organised by the Central Bank, Siriwardana said the budget is confronted with three equally tough tasks of funding the government machinery without letting it become dysfunctional, settling the long and large overdue payments to the government suppliers and contributing actively to strengthen the economic stabilisation programme.

He showed how hard the daily cash flow management has become, as revenues haven’t been nearly enough to meet even the essentials such as payment of salaries and subsidies, making him to soon realise how deep the crisis has run into, since he took over the top job at the ministry in April this year when the economy collapsed.
On the outstanding payments to the government suppliers, he disclosed that the government at present has about Rs.200 billion worth of unpaid bills to various parties, among whom the contractors remain at the forefront.

“And as a result, I know the pain these specific sectors are going through. But unfortunately, the government is not in a position to pay them,” Siriwardana said.

The third mission of Budget 2023, according to him, was to ensure that the budget does not create any more inflation.

He characterised the plight of the current situation in the economy to a “deep crisis”, from his first-hand experience of dealing with an avalanche of daily requests he receives from a multitude of parties from around the country, from big corporates to small businesses to people who have fallen victim to the economic crisis.

“We are in a crisis, a deep crisis. I can say that because I am the person who is directly facing that, being the Secretary to the Finance Ministry. You would not imagine the requests that I get from various corners: may they be blue-chip companies, SMEs and those who are below that, including the people living in remote areas,” Siriwardana said.

The root cause of the current crisis is the unsustainable budget deficits the country has run for decades under successive governments, which Siriwardana summed by saying, “We have lived beyond our means.”

While Sri Lanka has embarked on a path to consolidate the budget through both revenue enhancing measures such as tax hikes and expenditure rationalisation, Siriwardana said budgets are not just about consolidating but should also create opportunities for the private sector and specially the aspirational youth in the country.  However, how far specific proposals in Budget 2023 addressed their aspirations remains open for debate.