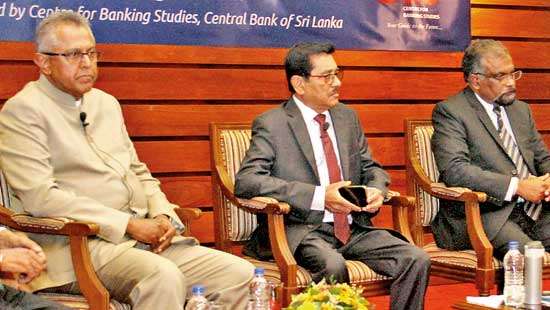 Accounting and tax experts expressed skepticism over the overly optimistic tax revenue estimates in Budget 2023 amid a shrinking economy as the government had budgeted to increase tax collections by more than two thirds next year from what it expects to raise by the end of this year.

The budget for 2023 announced last week estimates to raise Rs.3,130 billion in both indirect and direct taxes, which translates to a massive 69 percent increase from this year’s levels.

But, some representing the private sector aren’t convinced.

“My worry is on the revenue side and I am subject to correction. I cannot recall a single year where we reached the revenue estimates. Generally speaking, we overestimate our revenue big time,” said Sujeewa Mudalige, the Chief Executive Officer at PwC Sri Lanka.

“In my view, when the economy is contracting, this year as well as next year, to achieve that kind of revenue increase, my personal view is that tax estimates are highly optimistic, simply because the economy is not growing,” Mudalige told a post budget forum organised by the Centre for Banking Studies of the Central Bank.

However, the Central Bank pushed back on that notion and said the growth isn’t much of an impediment when raising revenues through indirect taxes, although it may not be the best way to go about raising taxes in an economy as the burden on indirect taxes falls disproportionately on the low and high income earners.

“You don’t need the economy to grow to collect the taxes that we are expecting,” said Central Bank Governor, Dr. Nandalal Weerasinghe referring to the indirect taxes.

Speaking further he said that the soaring inflation would also have a positive impact, specially on indirect tax collections as the prices of everything have increased several times from a year earlier levels and thus the taxes applied on those goods and services would return higher revenues via value added tax and other indirect taxes.
However, he acknowledged that for the income taxes to grow the economy needs to return to growth.

Sri Lanka is on a path to cut the budget deficit to 7.9 percent in 2023 from an estimated 9.8 percent in 2022 after two years of blow-out budget deficits in 2020 and 2021 as the then government had to provide pandemic relief while they lost large amounts of State revenues from taxes due to intermittent, yet prolonged lockdowns to fight the virus.

The sweeping tax cuts delivered at the end of 2019 by the Gotabaya Rajapaksa administration to revitalise the then declining economy also adversely affected revenue collection, specially because the then government could not see the envisaged revitalisation in the economy due to the pandemic-induced economic shutdowns.
Dr. Weerasinghe however taking a somewhat cautiously optimistic view on the direction of the economy said he expects faster than expected recovery in the economy provided that the government is able to continue on the current reform path without any disruptions.

While all external agencies including the International Monetary Fund and the World Bank have  projected the economy to continue to shrink through 2023 at least up to 3.5-4.0 percent after giving up nearly 9 percent of output this year, Dr. Weerasinghe is of the view that the economy could either return to a slight growth or at its worst could end up with a mild contraction than what many have projected.

“I am a little more optimistic than those who are skeptical about the numbers on tax collections”, he said.

“ If we can still stay on the short term stabilisation programme and if we can at least gain stability during a short period, I am confident on the growth path where we can have a faster recovery next year,” he added.

Speaking on the loss of confidence on the budgetary and monetary policies and their estimates in the minds of the people, Dr. Weerasinghe said the only way to rebuild confidence and credibility in these processes is by making good on those numbers and holding those parties accountable for not delivering on the targets.

Unlike in the developed democracies, Sri Lankans have terribly failed to hold their policy makers and other public sector officials accountable for their actions, misdeeds and how their tax money is spent.

Hence, they have for decades taken the public for a ride, stolen public money and resorted for bribery and corruption at every step of their way. But, shockingly people of all ages remained comfortably quiet until the chickens came home to roost this year when hyperinflation started eating into their earnings while rolling power cuts, fuel, gas and other commodities shortages turned their lifestyles upside down.

Meanwhile, proposing a couple of other ways to ramp up tax revenues, PwC’s Mudalige reiterated the need to remove the Value Added Tax (VAT) exemptions on over 100 items except for health and education, bringing down the VAT free threshold to further lower levels and imposition of withholding tax on deposit interest at 10 percent.
According to him, each of these proposals could rake in an additional Rs.100 to Rs.200 billion in revenues relatively easily.