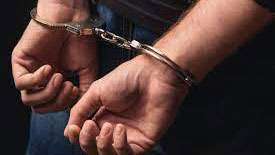 A person who had sent women to work in Dubai and illegally took them to Oman was arrested at Katunayake Airport this morning (19), Labour and Foreign Employment Ministry said.

The minister advised Public Security Minister Tiran Alas to tighten up the operations that are in force to arrest the people involved in human trafficking and human smuggling, who are illegally sending people abroad contrary to Sri Lanka Foreign Employment Bureau (SLBFE) regulations.

It was decided to conduct raids across the island.

The SLBFE had taken action to obtain a travel ban against the person who took the women to work in Oman.

The suspect was a 44-year-old foreign employment agency owner.

The investigating officers of the SLBFE took into custody of the suspect at the airport with the assistance of the Katunayake Police and later produced the suspect to the court.

The Criminal Investigation Department (CID) is also conducting another investigation to file human trafficking charges against this person. (Chaturanga Samarawickrama)