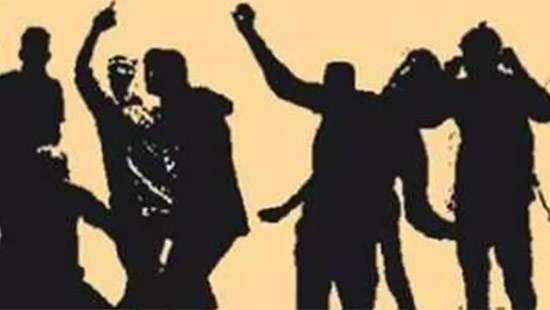 The Thalangama Police has initiated an investigation into a brawl involving several reality TV stars including artist Lawan Abhishek’s brother Shanaka Udeesha who is featuring in a weekday leading television drama 'Sangeethe'.

Police said the brawl took place in a cafe at Pitakotte in Thalangama recently following a dispute over a request made to perform a song when a one-man band was performing at the cafe.

According to the police, the stars reportedly had started the brawl and attacked an individual. Later, a clash reportedly broke out between two groups injuring several people.

Police said Shanaka Udeesha was admitted to the Sri Jayawardanapura hospital for treatment following the brawl.

Meanwhile, Shanaka Udeesha who is still undergoing treatment at the hospital said he was the victim in the incident.

Describing the incident, he said that he, his wife and several of his friends had gone to the cafe last Sunday (13) for dining.

At that time the singer on stage had invited Shanaka to play his guitar and perform. Then, suddenly a couple who walked onto the cafe told them to stop singing. The man said that he is the owner of the cafe. However, Shanaka said the man who claimed to be the owner is not the real owner of the cafe.

He said they had an argument with the couple which resulted in the brawl. A few minutes after the brawl, a man wearing a helmet and jacket entered the scene and attacked them. Shanaka was reportedly attacked that helmeted man with a spanner on his head, according to a complaint with the police by Shanaka's wife and brother.

The injured star was initially admitted to a private hospital.

However, he was later transferred to Sri Jayawardanapura Hospital with severe injuries to his head. The star had reportedly undergone a surgery on Monday due to injuries he received to the skull.

Shanaka said he was told that the man who had attacked them had also been admitted to the hospital. Then, the man who is reported to be an associate of the couple was arrested after being informed to the Thalangama Police and 119.

The suspect was produced in the Kaduwela Magistrate and granted bail.

Thalangama Police said investigations into the incident are continuing.