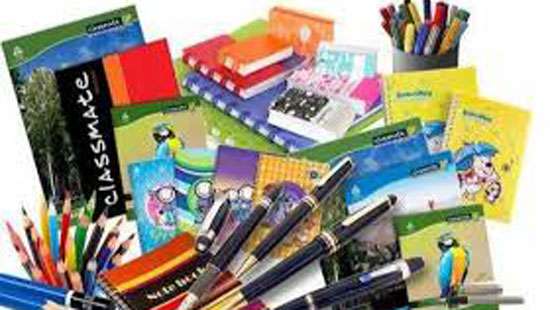 While the opposition claimed that the price of school stationery has skyrocketed as a result of CESS, the State Minister of Finance Ranjith Siyambalapitiya said CESS has been imposed only on imported stationery.

“A cess has been imposed only on imported stationery. The revenue collected from CESS will be used to produce stationery locally instead of importing,” Minister Siyambalapitiya said.

“Price of local stationery has not been increased,” he said.

Earlier Chief Opposition Whip Lakshman Kiriella said the price of a CR book has been increased up to Rs 800, a ball point pen to Rs. 180. Children are affected as they can no longer afford to purchase stationery,” he said.

MP Weerasumana Weerasinghe said something had to be done before January as the new school term will be starting by then. “Children will have to purchase stationery for the new term in January next year. Therefore we request that the government reverse the decision to increase CESS for stationery,” he said. (Yohan Perera)

Steps were being taken to upgrade the Suwaseriya ambulance service…