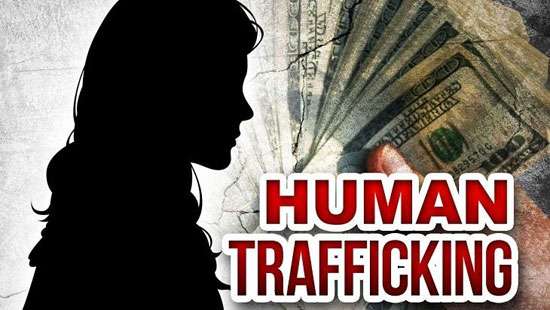 A suspected human trafficking racket has been exposed after a number of women stranded in Abu Dhabi in the UAE contacted a celebrity couple in Sri Lanka and appealed for help, Daily Mirror learns.

The racket came to light after a domestic worker who was employed by the celebrity couple decided to leave saying she had received work in Oman.

The domestic worker had later made contact with her daughter and said that she was locked up in a room with at least 16 other women.

The daughter had contacted the celebrity couple, Dushyanth Weeraman and Stephanie Siriwardhana, and sought assistance.

The domestic worker had informed her daughter that the passports and the mobile phones of the women with her in the room had been taken away.

She had managed to contact the daughter using a phone which was kept hidden.

“Most of these women are from the Hatton area,” Siriwardhana told Daily Mirror.

On being alerted by the daughter of the domestic worker, Weeraman and Siriwardhana traced the location of the woman using WhatsApp and found that she was not in Oman but in Abu Dhabi in the UAE.

The celebrity couple, who are also involved in social work, managed to get images of the documents of the women sent to them using WhatsApp.

“After examining the documents, we found out that the women had travelled to Abu Dhabi on a visit visa and not work visas,” Siriwardhana said.

Weeraman said that the women had been sent to a foreign employment sub-agency in Katugastota through a broker based in Hatton.

The sub-agency had forwarded the information to a registered foreign employment agency in Maradana.

The foreign employment agency had registered the women at the Foreign Employment Bureau to work only in the UAE.

Once registered, the women were issued travel tickets through the broker and sent to Abu Dhabi and not Oman, on visit visas.

The entire process, with multiple layers, makes it difficult to trace the main racketeer.

“These women anyway didn’t know they cannot go to Oman on a visit visa and work and that it is illegal. But they went assuming they will get work in Oman,” Weeraman said.

He said, it was learnt that the women also did not have sponsors in Oman to provide them with employment.

Weeraman said that the women had signed a letter and submitted it to the Sri Lankan Embassy in Abu Dhabi expressing willingness to remain in Abu Dhabi and work there.

However, while the women can apply for work visas in the UAE despite arriving on a visit visa, if they wish to, the women have now been sent to Oman without work permits.

There are fears the women would be forced to work illegally in Oman and later sent back with the risk of them being detained at the Oman airport for overstaying or violating their visa regulations.

“They have been tricked to commit a crime by going to Oman on a visit visa. They will not have Government protection,” Weeraman said.

Siriwardhana said that the Minister of Labour and Foreign Employment Manusha Nanayakkara was alerted over the incident.

Meanwhile, Nanayakkara had a discussion with Public Security Minister Tiran Alles yesterday on the issue of human trafficking.

A decision was taken to intensify operations to crackdown on human trafficking.

It was also decided to raise awareness among the public on human trafficking. (Easwaran Rutnam)

( Information from dailymirror.lk was used in this report. ALL RESPECT GOES TO ORIGINAL WRITER OF THIS ARTICLE. To Read More, click here | Also if you have any problem of this article or if you need to remove this articles, please email here and we will delete this immediately. [email protected]sinhalanews.lk or [email protected] )