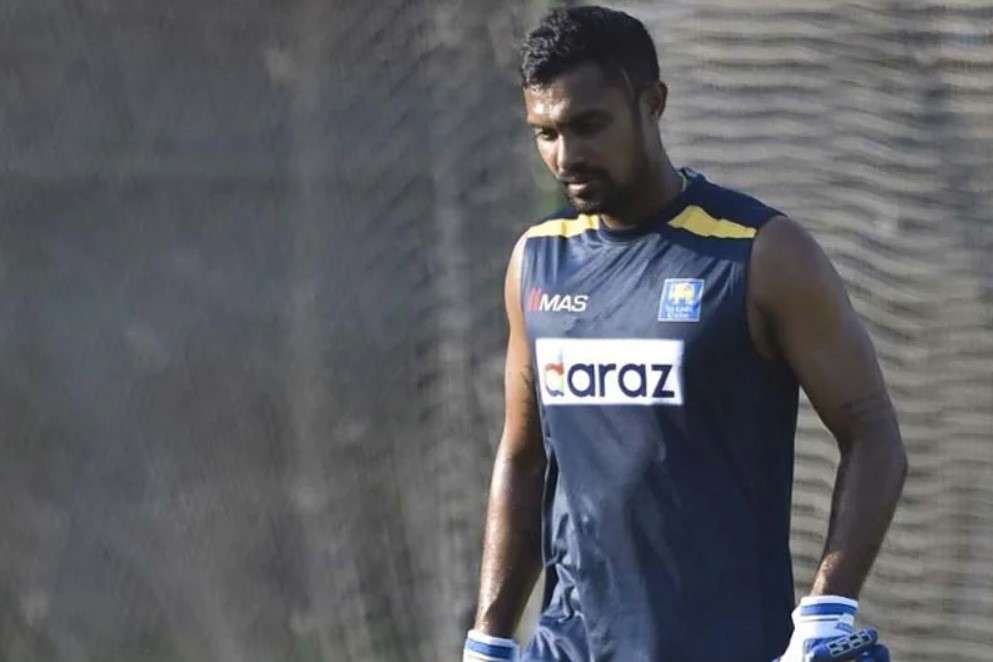 Sri Lankan international cricketer Danushka Gunathilaka has been granted bail on sexual assault charges after a court heard he had the support of the Sri Lankan cricket association and government and a surety of $150,000 was offered.

The 31-year-old was arrested in the early hours of November 6 at the Hyatt Regency hotel on Sussex Street before his team flew home without him following their Twenty20 World Cup loss to England.

He has been charged with four counts of sexual intercourse without consent after allegedly sexually assaulting a 29-year-old woman in Sydney’s eastern suburbs on November 2, days after they matched on Tinder. No pleas have been entered.

Gunathilaka had spent 11 nights in custody after he was refused bail in Downing Centre Local Court on November 7. His lawyers have made a bail application in the NSW Supreme Court, which was listed to be heard on December 8.

However, the matter reappeared in the Local Court list on Thursday, when defence barrister Murugan Thangaraj, SC, applied for Gunathilaka’s release.

The parties told the court there was no issue arising related to section 74 of the Bail Act, which prohibits additional applications being made to the same court after bail is refused “unless there are grounds for a further release application”.

Police prosecutor Sergeant Kerry-Ann McKinnon said they accepted the material before the court, including new proposed bail conditions, allowed the applicant to make a secondary application.

Police had argued there were two unacceptable risks: that the accused would fail to appear and that he would endanger the safety of the complainant.

McKinnon said the woman was being “harassed by unknown people with Sri Lankan names through her social media” and had to shut it down.

She argued Gunathilaka would also remember the complainant’s address.

Thangaraj submitted that his client was “being supported by a Sri Lankan cricket association and [the] Sri Lankan government”.

“If he breaches his bail, of course his career would be over,” he said.

The court heard Gunathilaka, who has no criminal record, would be unlikely to face trial until 2024.

Thangaraj said if Gunathilaka was an Australian citizen, “of course he would be on bail in these circumstances”.

He said his client had agreed to a police interview, “denied any form of violence” and “denied that there was a lack of consent”

“We know, on the complainant’s own case, there was consensual oral sex and consensual vaginal intercourse prior to any problem arising on her version,” Thangaraj said. “It is not a strong prosecution case.”

He said the “social media matters” had occurred after the arrest and Gunathilaka had not motivated or encouraged the reported behaviour.

“Because they have found the social media of the complainant, why should that be held against him?” he said. “It’s totally irrelevant in respect of bail.”

Magistrate Janet Wahlquist granted bail on conditions including a $150,000 surety, reporting to police daily, a curfew from 9pm and 6am, not contacting the complainant and a ban on accessing Tinder and dating applications.

Police say Gunathilaka accompanied the 29-year-old woman to her home, where he allegedly “manoeuvred himself on top of her”, kissing and touching her.

“The complainant asked the accused to please take it slow,” the police facts state.

“A conversation ensued where the complainant only agreed to continued sexual activity if the accused wore a condom.”

Gunathilaka is accused of repeatedly choking the woman, leaving her “fearing for her life”. She also allegedly noticed a condom on the floor.

Gunathilaka’s second charge relates to the alleged aggressive digital penetration of the woman’s vagina, while the third and fourth charges are allegations that he had put his penis in her mouth.

The police facts state Gunathilaka lives in Sri Lanka with his parents, has “no ties to the Sydney or Australian community” and that “investigators believe he is a flight risk”.

Sri Lanka Cricket has suspended the allrounder from all forms of the game. He had stayed with the squad in Australia for the T20 World Cup despite a hamstring injury.

The case returns to court on January 12.