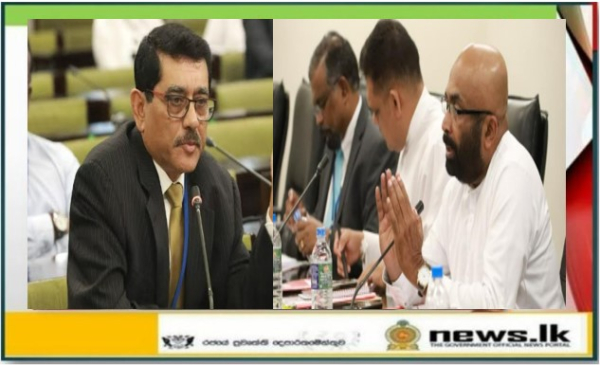  Given the existing fiscal policies, it will be possible to maintain inflation below 4-5% by the end of next year.
 There is no reason for any inconvenience to be caused when exchanging dollars through banks

The Governor of the Central Bank of Sri Lanka Dr. P. Nandalal Weerasinghe stated in Parliament that customers who have been inconvenienced due to the increase in the interest rates charged for the loans obtained under variable interest rates in the past is able to get relief by negotiating with the bank.

The Governor stated this when Parliamentarians inquired regarding the aforesaid at the Ministerial Consultative Committee on Finance, Economic Stabilization and National Policies held yesterday (16) in Parliament chaired by the State Ministers of Finance Hon. Ranjith Siyambalapitiya and Hon. Shehan Semasinghe.

The Members of Parliament pointed out that due to the increase in interest rates, the entire income of some creditors has to be paid for loan installments. The CBSL Governor said that customers can pay only the relevant interest for a grace period in consultation with the bank.

He further added that instructions have been given to the banks in this regard. Also, the CBSL Governor said that the average inflation which was at a value of 70% two months ago has now decreased to 66% and the food inflation which was at 95% has decreased to 85%. He further stated that with the existing fiscal policies, this figure is expected to reach 4-5% by the end of next year. Furthermore, according to the conditions of the International Monetary Fund, a new act has been drafted to make the Central Bank an
independent institution and the necessary work is being done, the CBSL Governor added.

Furthermore, the committee drew attention to the difficulty in exchanging dollars to rupees by banks. State Ministers of Finance Hon. Ranjith Siyambalapitiya asked the CBSL Governor regarding the stated issue to which the Governor responded saying that the Central Bank has not given any advice that would cause such delays.

Hon. Sajith Premadasa, Leader of the Opposition, Members of the Committee Hon. Jagath Kumara Sumithraarachchi, Hon. Sahan Pradeep Withana and Parliamentarians Secretary to the Treasury/Ministry of Finance, Economic Stabilization and National Policies. Mr. K M Mahinda Siriwardana, officials representing the Ministry and institutions affiliated to it were present at the Committee meeting held.