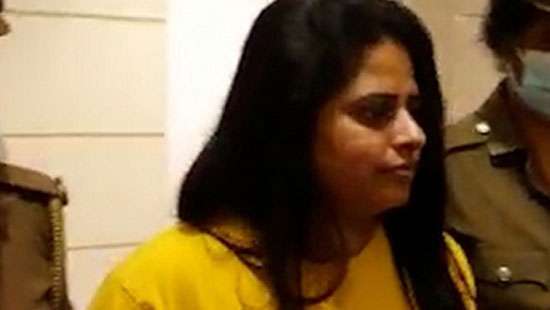 The CID made this revelation when the nine cases filed against Thilini Priyamali were called before Colombo Fort Magistrate Thilina Gamage. The court was informed that investigations have revealed that Isuru Bandara, a suspect in the case, exchanged Rs.40 million to $120,000 from several money exchange centers in Colombo and brought them into Thico Group Private Ltd in two suit cases.The CID further informed the court that Thilini Priyamali is currently possessing  two national identity cards and two passports.