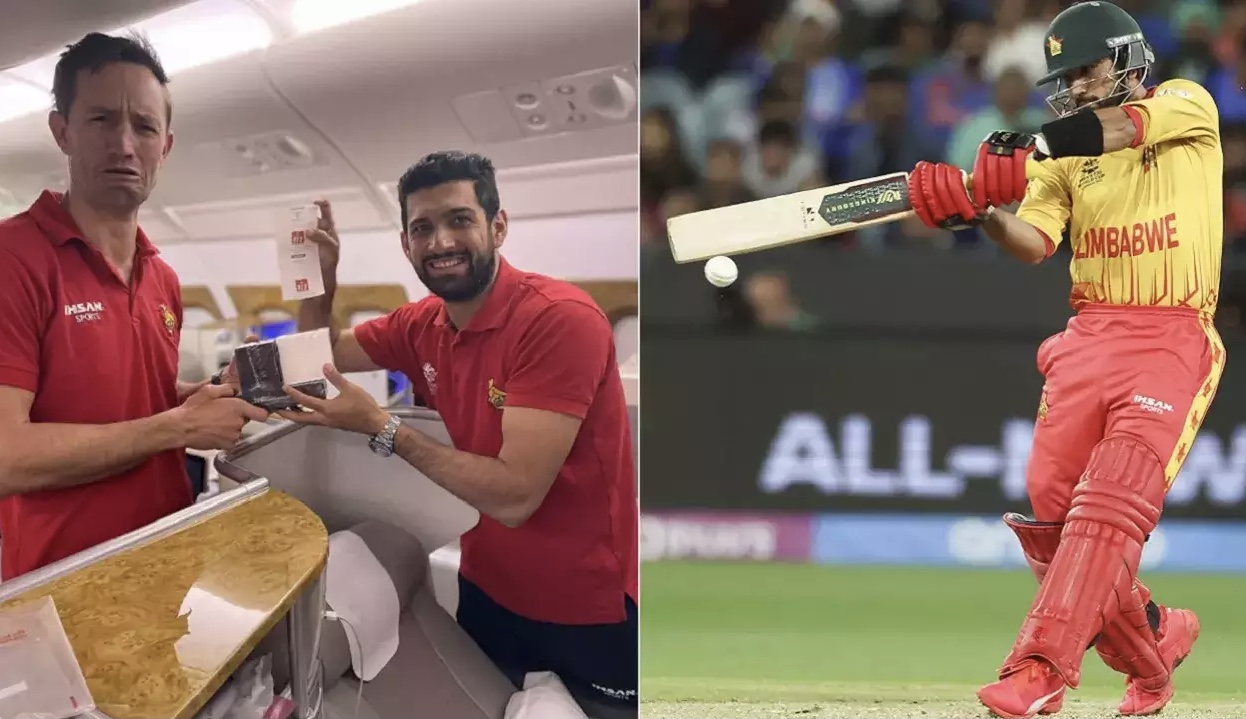 Before the start of the ongoing ICC Men’s T20 World Cup in Australia, Zimbabwe skipper Craig Ervine and star all-rounder Sikandar Raza made a promise to each other. The two senior members of the Zimbabwean side had decided to gift a watch to whoever won the Player of the Match award in Australia.

And now, when Zimbabwe’s campaign came to an end, Ervine kept his promise and gifted three watches to the star all-rounder, who bagged three Player of the Match awards Down Under. Zimbabwe won three matches out of the total eight played in the T20 World Cup. And in all three, Raza won the best player’s award. So as per the pre-tournament deal, Ervine bought Raza three watches.

Zimbabwe cricketer Ryan Burl took to Twitter to share a picture of the two players exchanging watches. In the picture that he tweeted, Ervine can be seen making a sad face.(TimesNow)

Although Australia cruised to victory in the opening ODI of…