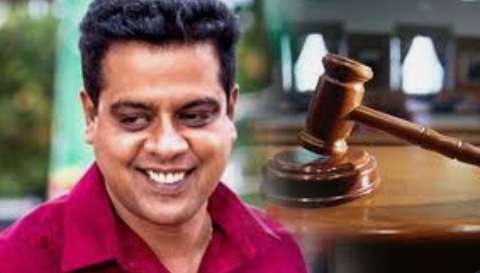 The Court of Appeal today issued an order directing the SLPP media unit and three television channels to provide the video recordings pertaining to the alleged contemptuous statement made by State Minister Sanath Nishantha.

State Minister Sanath Nishantha was today present before Court of Appeal when the matter came up before Justice Nissanka Bandula Karunaratne.

The Judicial Service Association of Sri Lanka (JSASL), the organization representing all the District Court Judges and Magistrates in the country and two lawyers had filed contempt of court applications seeking an order to punish State Minister Sanath Nishantha for the offence of Contempt of Court over a statement he made recently.

Senior State Counsel Hashini Opatha appearing for the Attorney General submitted to court the prosecution is in the process of drafting the charge sheet intends to be filed against the State Minister.

The contempt of court applications were fixed for December 12.

The State Minister was directed to appear before Court next hearing date.

The Court of Appeal had earlier issued summons on Sanath Nishantha to show cause as to why he should not be punished for contempt of Court.

The petitioners are seeking an order to punish State Minister Sanath Nishantha for the offence of Contempt of Court. The petitioners stated that on August 23, 2022, Sanath Nishantha addressing a press conference held at the party headquarters of the SLPP, made a statement amounts to a direct interference with the due and proper administration of Justice.