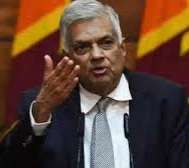 Budget proposals for 2023 has been compiled within the frame work of the economic program recommended by the International Monetary Fund (IMF), President Ranil Wickremesighe informed Parliament today. The President came out with this information in response to questions raised by the opposition MPs on the budget in the House. “What we will focus on the budget whether to increase direct taxes or indirect taxes, and on controlling state expenditure. This will be the framework on the budget. The budget will also reflect the economic targets set by the IMF,” he said. Responding to a question raised by the Chief Opposition Whip Lakshman Kiriella whether the program for which the government had agreed with the IMF would be presented to the House before the budget, the President said it will be presented after the next round of discussions are completed. “It won’t be too long as we have to get into tripartite agreements with debtors,” he said. “The basis of the discussions with the debtors is to whether the debt would be written off or whether Sri Lanka would be given more time to settle them,” he added. The President requested the Speaker, Prime Minister and the Leader of Opposition to expedite the appointment of a constitutional council. “The Prime Minister, Speaker and the Leader of Opposition will have to agree on the names of three civil members who will represent the constitutional council. This is just a matter of three names and will not be time consuming. It will be possible to appoint independent commissions after the constitutional council is finalized and formed,” he said. Also he said he would meet the MPs representing North and the East soon to discuss the issues pertaining to them. He assured that the legislations pertaining to Truth and Reconciliation Commission , the Counter Terrorism Bill and the Anti-Corruption Bill will be presented to the House in February next year. (Yohan Perera and Ajith Siriwardana)