Sri lanka News – Vietnam vessels are taking in 305 boat people from Sri Lanka who were fleeing a currency crisis and were found adrift in a disabled fishing boat near Spratley islands, reports said.

The Sri Lankans were on board, LADY R3311 LD, a fishing boat out of Myanmar and were rescued by Helios Leader, a Japanese ship, Vietnam’s Tuoitre newspaper reported.

The fishing boat is believed to have been travelling to a third country, possibly Canada, reports said.

The Japanese ship brought the Sri Lankan’s to Vung Tau, a now a top sea resort where they were transferred to a Vietnamese maritime rescue vessel SAR 413.

There were women, children in the group and at least two men were found with injuries. 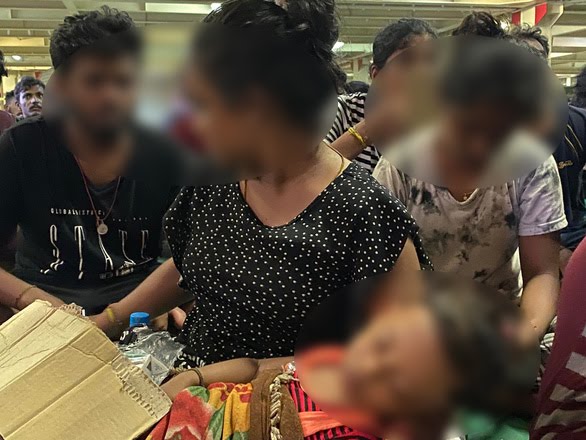 Vietnam has dispatched a second ship CSD 8001, to bring the boat people to the shore.

Pressure is mounting to take away the power to print money from macro-economists and hard peg the currency and restore free trade and end foreign exchange controls restoring economic freedoms of the poor.

Ironically Vung Tau, was a key port where Vietnamese boat people fled after the fall of Saigon.

Later as the Vietnamese dong collapsed in the 1980s a fresh wave to boat people left.

Vietnam Dong fell from around 23700 to 24,800 in October after several years of low rates and the State Bank of Vietnam is jacking up rates to protect the currency. The exchange rate was key to maintaining foreign investor confidence and stability, SBV Governor