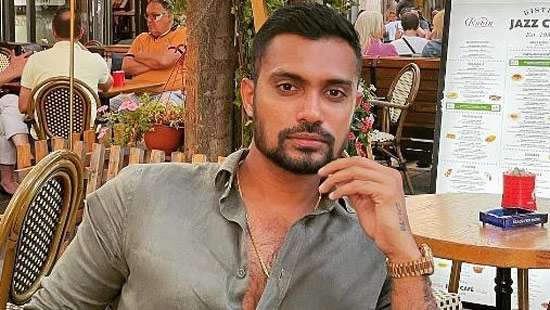 A Sri Lankan cricketer in Australia for the T20 World Cup choked a woman so forcefully, she had a brain scan at a hospital, court documents allege.

Danushka Gunathilaka, 31, was arrested at the team's hotel in Sydney's CBD Sunday morning and charged with four counts of sexual assault.

It's alleged he raped a woman from the city's eastern suburbs the previous evening. He remains behind bars after a failed bail application earlier this week.

A police facts sheet released by the court alleges Mr Gunathilaka forced himself on the woman, who cannot be named for legal reasons, several times.

The graphic allegations had previously been the subject of a suppression order.

It's alleged the woman was, at one point, choked so forcefully she “feared for her life”, and, that the next morning she called a counselling service and couldn't stop crying.

The documents allege the cricketer met the woman on a dating app on October 29, and that they chatted by text and video in the subsequent days.

It's alleged Mr Gunathilaka encouraged the woman to travel to Brisbane to see him, which she declined.

However, the documents allege the pair agreed to meet in person on November 2 at Opera Bar, in Sydney's CBD.

Police claim the pair then went to Frankie's Pizza, on Hunter Street, before walking to Circular Quay to catch a ferry back to the alleged victim's home.

The documents allege the pair had consumed several drinks, but that the woman did not believe either was affected by alcohol.

The documents allege that during the ferry ride, Mr Gunathilaka pressed his body against the woman, kissed her “forcefully”, and slapped her on the bottom.

When the pair arrived at the woman's home, it's alleged Mr Gunathilaka forced himself on her several times, and, during one assault, choked her so hard she couldn't breathe.

Police say the woman made a complaint to officers on November 5, and went to the Royal Prince Alfred Hospital where she underwent a Sexual Assault Investigation Kit and got a brain scan to check for any injury resulting from “repeated choking”.

The documents allege the woman saw a condom on the floor next to her bed during one of the assaults, despite asking Mr Gunathilaka to wear one.(ABC News)