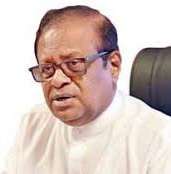 Some 81 schoolchildren who were addicted to drugs have been sent for rehabilitation within the first nine months of this year, Education Minister Susil Premajayantha said today.

He told Parliament that three children who are between 1 and 14 year-old and 78 children aged between 15 and 19 years were among those referred to rehabilitation between January and September 2022.

The minister said this while responding to a question raised by Parliamentarian Ven. Athuraliye Rathana Thera.

The Minister said prevailing laws were not suffiecnt to act against dangerous drugs such as ICE (methamphetamine crystals) and that steps are being taken to bring in the Poisons, Opium and Dangerous Drugs (Amendment) Bill in Parliament by the first week of January.

The Minister requested Ven. Rathana Thera to propose to appoint a Parliament Select Committee (PSC) to look into combating the disaster and submit a report in Parliament within three months.