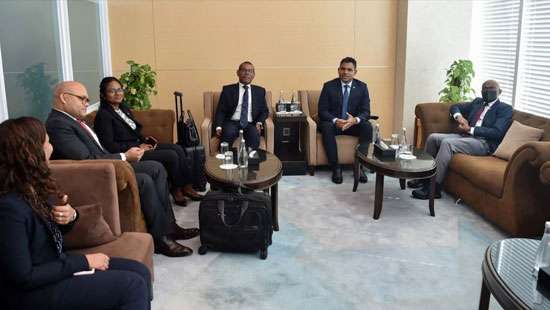 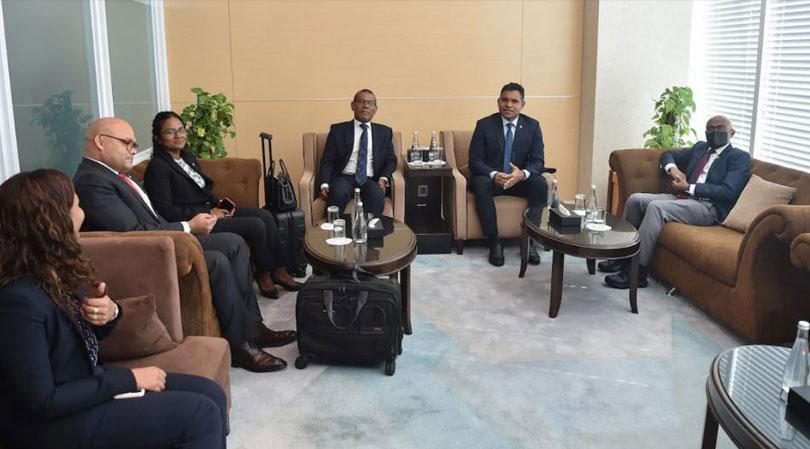 Nasheed left the Maldives on Friday morning for the COP27 summit. Regarding his visit, the parliament issued a statement the same day stating that he will attend COP27 as a representative of the Sri Lankan national delegation.

One of the first to criticise Nasheed was former Attorney General Dr Mohamed Munawwar. He questioned Nasheed's representation of another country while being paid by the people of Maldives as speaker.

“Where's the country? What about being loyal to the state?,” Munawwar said in a tweet.

“It's a matter with legal burden, it's actually a legit issue,” said Diyana, the first attorney general of Nasheed's government. As justification, she cited Articles 73 and 75 of the Constitution.

“In view of what these two articles say, the question is whether this is permissible (the Speaker of the parliament representing another country),” Diyana said in a statement.

Addu Maradhoo MP Mohamed Shareef also said that the constitution states that citizens of another country cannot be a member of the Maldives' parliament for certain reasons. One of the reasons, he said, was to reduce the space for the interests of another country to take precedence over the interests of Maldives. Shareef believes that Nasheed's conduct is against the spirit of the constitution.

“A foreigner cannot be the Speaker or member of a Maldivian parliament,” Shareef tweeted in response to Munawwar's tweet.

Former assistant commissioner of police Abdullah Fairoosh, in a series of tweets, also reiterated the statements made by the two former AGs. He also questioned whether Nasheed's prioritisation of another country while acting as speaker of parliament posed a conflict of interest.

“The question that arises now is whether he [Nasheed] represents and promotes the interests of another country or any other group in parliament,” Fairoosh had tweeted. (Atoll Times)