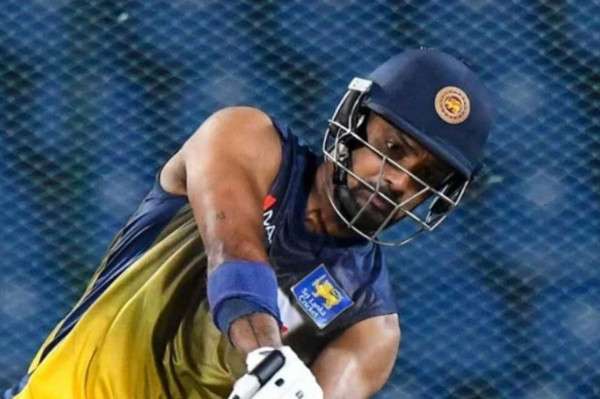 New sexual consent laws in relation to ‘Affirmative Consent’ that were passed in November 2021 and took effect in New South Wales, Australia from June this year, will be in effect as legal proceedings take place in relation to the charges of sexual intercourse without consent made against Sri Lankan cricketer Danushka Gunathilaka.

Gunathilaka who was arrested at the Sri Lanka team hotel in Sydney on Sunday, was denied bail by a Sydney Magistrate yesterday (7) and is to remain in custody. The case was adjourned to January 12, 2023, by Magistrate Robert Williams who noted that Gunathilaka had no criminal history.

The new laws which come as amendments to the Crimes Act 1900 and Criminal Procedure Act (1986), made significant changes to the definition on consent in New South Wales in relation to sexual activity and apply to offences committed on or after July 1, 2022.

The amendments make clear that an individual is not considered to have consented unless expressly said so or indicated. A person cannot consent if they do not communicate consent, are incapable of consenting due to drug or alcohol intake, are asleep or unconscious, or due to force/fear of serious harm.

Reasonable belief that consent has been given cannot be presumed under the law unless something is said or done to make certain of it.
Furthermore, consent to sexual activity can be withdrawn at any time and any sexual activity thereafter would be without consent.

Gunathilaka is presently being held at a correctional facility and according to his lawyer is considering an appeal to the Supreme Court following his denial of bail.

Meanwhile, Sri Lanka Cricket (SLC) issued a media release yesterday stating that they have suspended Gunathilaka from all forms of cricket with immediate effect and will not be considered for future tours.

Gunathilaka is already serving a suspended six-month ban, handed to Gunathilaka, Kusal Mendis and Niroshan Dickwella, when they were allowed to return to international cricket earlier this year, that would come into effect if there were any disciplinary breaches against the three players over the next two years.

A more severe punishment could be imposed on Gunathilaka, with SLC yesterday saying it would penalize the player if he was found guilty.

“Sri Lanka Cricket will take the necessary steps to promptly carry out an inquiry into the alleged offense, and, upon conclusion of the aforementioned court case in Australia, steps will be taken to penalize the said player if found guilty,” a statement from SLC read.

Gunathilaka was injured during Sri Lanka's first match of the ICC Men's T20 World Cup against Namibia on October 16, and was replaced in the squad by Ashen Bandara.

However, Gunathilaka was not sent back home, with the player allowed to stay with the squad.

SLC clarified this on Sunday by stating that Gunathilaka was fast recovering from his hamstring injury and therefore was considered a possible replacement player if the need arose, considering he was already acclimatized to the conditions.