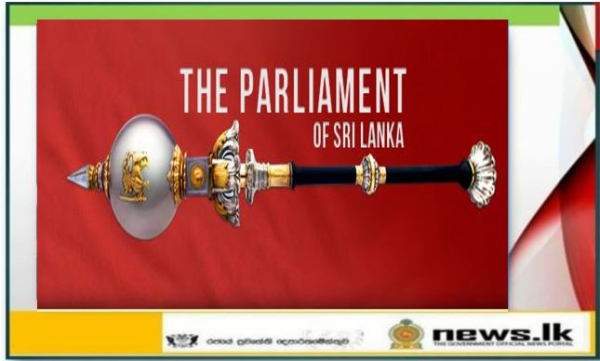 According to the proposal brought to the Parliament by the Prime Minister on September 20, 2022, the Office of the Chief Organizer of the ruling party informs that the National Assembly of 34 members including the Speaker has been appointed and two sub-committees have been appointed under it.

The 13 member sub-committee has been appointed to identify the priorities for formulation of short, medium and long-term national policies headed by Mr. Namal Rajapaksa and its progress has been reported to the National Assembly.

The sub-committee for identifying short and medium-term programs related to economic stabilization has been appointed with 12 members under the chairmanship of MP Patali Champika Ranawaka. The progress of this sub-committee has also been reported to the National Assembly.

The Parliament has approved the standing orders related to the appointment of sectoral monitoring committees on 2022-10-05, where 17 sectoral monitoring committees have been approved. Furthermore, for the appointment of 17 committees under Standing Orders 111, the Secretary General of the Parliament has called for nominations of 05 members of the ruling party and 03 members of the opposition through letter No. CO/9/3/COS/1 and dated 2022-10-26. However, the members have not been appointed so far.

The President has presented this Cabinet paper dated 2022-10-28. Accordingly, the approval of the Cabinet has been received to give instructions to the legal draftsman to finalize the draft for the establishment of the Parliamentary Budget Office, and to obtain the Governor’s certificate for submission to Parliament.