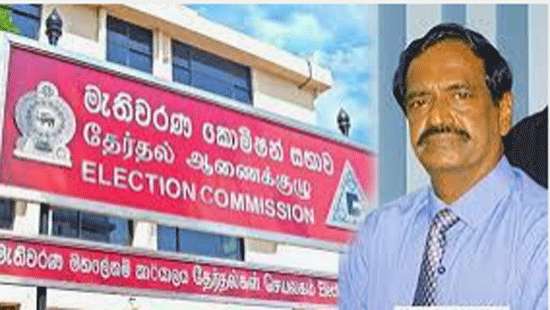 The interim budget 2022 has allocated Rs.10 billion for the Election Commission (EC) and as such the commission carries out its day to day operations as usual with the target of conducting much delayed Local Government (LG) polls in early 2023, Chairman of the EC, S.g.punchihewa said yesterday.

“With the ample budgetary allocations, we have no financial issue at all to hold LG polls soon after the preliminary works for the election are concluded,” Punchihewa added.

Punchihewa said that chairman and members of the board of Directors of all independent commissions were ceased to be in office with the Speaker putting his signature to the 21st Amendment to the Constitution on October 31st.

“But, independent commissions are mandated to continue normal work on an interim basis as long as the new chairman and directors are appointed by the Constitutional Council according to the Constitution,” Punchihewa told Daily Mirror.

The EC has certified and completed the 2022 electoral register at the end of last month. The EC is attending to the preparation of the supplementary list that carries the names of those who have completed 18 years of age by September 30th right now. The Electoral Register of 2022 will be completed by midnovember enabling the EC to hold LG polls in early 2023,” Punchihewa said.

Whether it is a newly constituted election commission or the existing one, all 340 LG bodies have to be established by March 20th of 2023 after conducting the polls under the provisions of the Local Government Election Ordinance.

Meanwhile, Mahinda Deshapriya, the chairman of the 5 member ‘National Delimitation Committee’ for LG bodies appointed by the Prime Minister on Saturday, and former head of the EC, said activities of his committee will not affect the conducting of the LG polls in any way.

“We have been given time until February 28, next year to submit our report on the demarcation of local government wards with the aim of bringing the number of members of LG bodied to around 4,000 from the current 8,000. We try our best to complete the job within the time frame given or before that. However, works of our committee will not affect the EC.