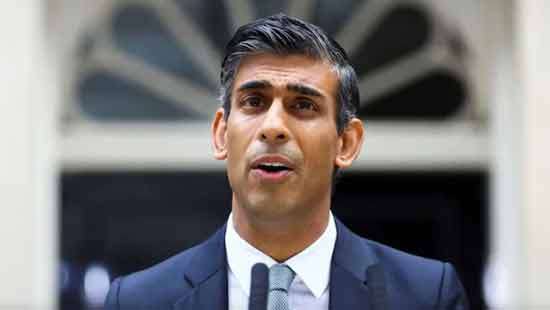 In his first speech as British prime minister, Rishi Sunak promised to unite the country and govern with “integrity, professionalism and accountability at every level.”

“Trust is earned and I will earn yours,” he said in front of Downing Street.

Liz Truss’s tenure as Britain’s shortest-serving prime minister came to an end Tuesday, after 49 days in office, and Sunak’s premiership began, as he picked up responsibility for Britain’s battered economy and deeply divided politics.

Truss lost the top job after just 49 days in office after she tried to cut taxes for high-earners and corporations without a plan to pay for it. Markets reeled, she backpedaled, but she could not save her premiership.

Truss hosted a final cabinet meeting Tuesday morning and then made brief farewell remarks outside saying she still believed in a high-wage, high-growth economy. “From my time as prime minister, I am more convinced than ever that we need to be bold and confront the challenges we face. As the Roman philosopher Seneca wrote, ‘it is not that things are difficult that we do not dare, it’s because we do not dare, that it is difficult.’ ” She stumbled somewhat over Seneca’s name.

“We need to take advantage of our Brexit freedoms to do things differently. This means delivering more freedom for our own citizens and restoring power for our democratic institutions,” she said.

“It means lower taxes so people can keep more of the money they earn. And it means delivering growth that will lead to more job security, higher wages and more opportunities for our children and grandchildren,” Truss said.

Truss said Britain would continue to support Ukraine. She wished “every success” to her replacement. She closed with: “We continue to battle through a storm but I believe in Britain, I believe in the British people and I know that brighter days lie ahead.”

Then she was driven by motorcade to Buckingham Palace, and she resigned in person to the new king, Charles III. The incoming prime minister Sunak followed — and Charles asked him to form a new government. News helicopters followed their journeys from overhead.

At 42, Sunak will be the youngest prime minister in modern British history, and the first Hindu and person of Indian origin to lead the country.

The contest to replace Truss was wrapped up surprisingly fast — it was less than a week ago that she resigned. The former prime minister Boris Johnson and the leader of the House of Commons Penny Mordaunt dropped out of the contest after they failed to get enough backing from fellow Conservative Party lawmakers.

Reporters assume Johnson was watching the proceedings from home after his gambit to return to power failed. Tory grandee Iain Duncan Smith, a former leader of the Conservative Party, told LBC radio that Johnson found himself “struggling and begging people for votes. That was demeaning, really.”

Sunak’s appointment has so far calmed the markets, but many will be watching next week when the finance minister — whomever that may be — will lay out plans for how to balance the books after Truss’s plans were shredded even while she was in government.

Sunak is expected to name his top team later today. President Biden, who called Britain’s selection of its first non-White prime minister “a groundbreaking milestone,” said he looked forward to speaking with the new leader soon.

Sunak, a former finance minister and hedge-fund manager, comes to office with some of the harshest economic head winds here in a generation, including some of his creation. He will also seek to unite his warring and unpopular Conservative Party, which, he warned, must “unite or die.”

In a brief televised address Monday, his first as Conservative Party leader, Sunak paid tribute to the “dignity and grace” of Truss — whose six-week tenure was a disaster — and warned that Britain faced a “profound economic challenge.” In those few words, the sunny forecasts of a post-Brexit “Global Britain,” previously sold by Sunak and his predecessors, began to be grounded in new realities.

Sunak vowed to serve with “integrity and humility” — qualities he suggested were lacking when he resigned from Johnson’s government and led a revolt against his former boss. He called for “stability and unity” — the opposite of the tumult and divisions that characterized Truss’s tenure.

Opposition politicians don’t appear to be leaving much time for a honeymoon period, and they continued their calls for a general election. Labour Party lawmaker Angela Rayner decried Sunak’s accession as a coronation and that the Tories could not “keep doling out prime ministers every month.” Labour leader Keir Starmer charged that Sunak was “covered in the mess” that 12 years of Conservative rule had created. (Washington Post) 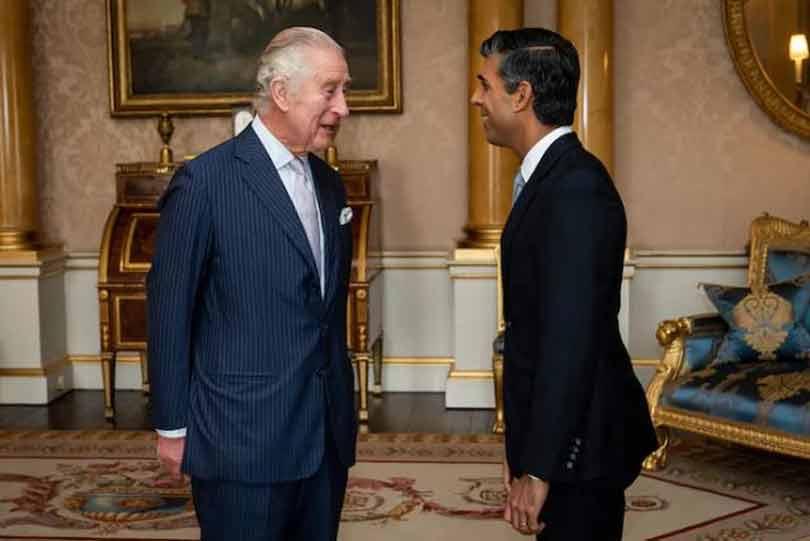