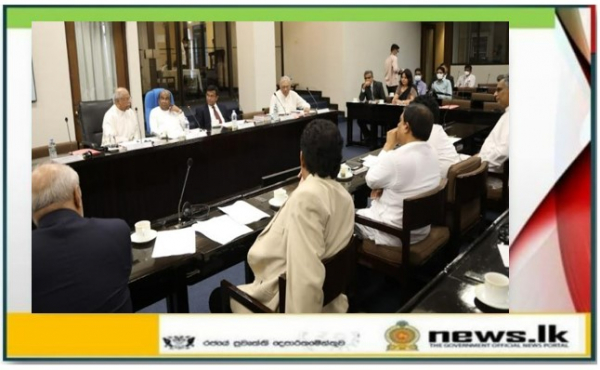 The second meeting of the National Council, which was established according to a motion moved to Parliament by Prime Minister Dinesh Gunawardena, was held Oct (06) at the Parliament Complex. It was chaired by Speaker Mahinda Yapa Abeywardena.

The members of the sub-committee for identifying short and medium term programs related to economic stabilization are Ministers Tiran Alas, Naseer Ahmed, State Minister Sisira Jayakodi, Members of Parliament Sivanesathurai Chandrakanthan, Vajira Abeywardena, Asanka Navaratne, Risad Badiuddin, Palani Digambaram, Patali Champika Ranawaka, M. Rameswaran, Mano Ganesan and A. L. M. Ataullah. It has also been decided to meet these two sub-committees today(07). The National Council meets under the chairmanship of the Speaker, and the Prime Minister, the Leader of the House, the Chief Government Whip, the Leader of the Opposition and the Chief Opposition Whip are its members. In addition, the National Council consists of MPs representing Parliament from recognized political parties.