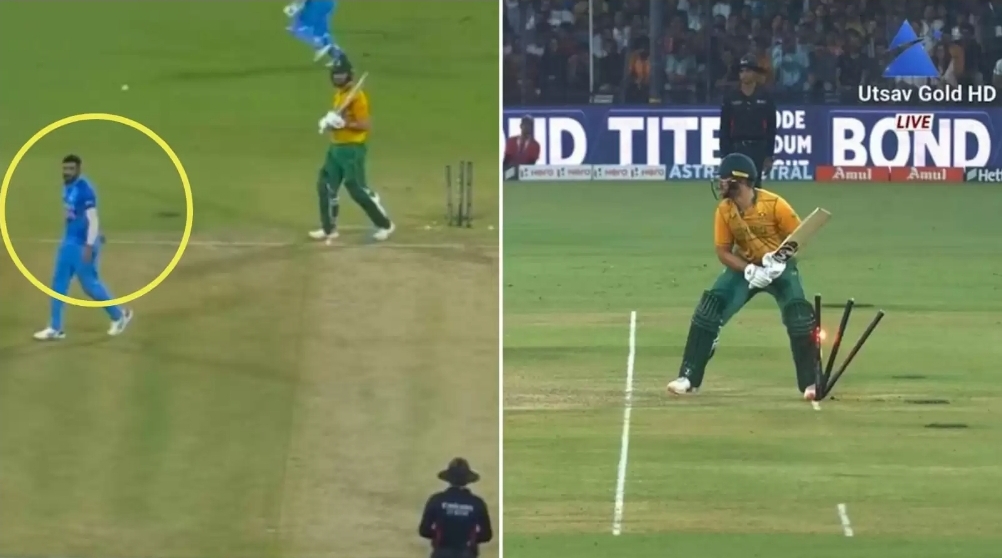 A rare little incident from the third and final T20I of the series between India and South Africa in Indore brought the spotlight on the game’s rules this Tuesday (October 4). Facing Indian seamer Mohammed Siraj, South African batter Rilee Rossouw ended up being hit wicket off a free-hit delivery.

Anticipating a yorker, Rossouw hung deep inside the batting crease to try and get underneath the delivery. But he went so far back as to hit the stumps with his two legs, leading Siraj to stop midway from going through his delivery stride and abandon bowling.

Siraj threw the ball to the side of the pitch, thinking it will now be deemed a dead ball since the batter had dislodged the stumps before facing the ball as he couldn’t be declared out for it on a free-hit after the no ball. But that was an error on the Indian seamer’s part

If Siraj had gone through with the ball, the ICC-adopted MCC laws of the sport would’ve led to a dot ball regardless of whether Rilee Rossouw hit the ball for a maximum in his position with his two legs disturbing the stumps (Cricxtasy)

Although Australia cruised to victory in the opening ODI of…