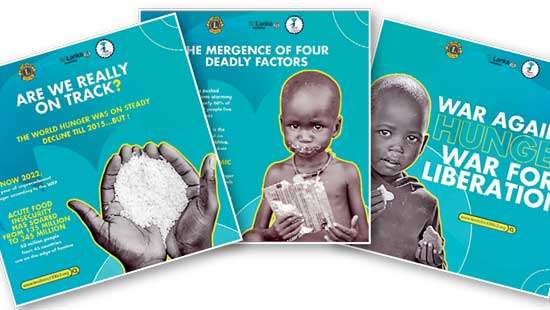 The exaggerated negative portrayal of the current situation in Sri Lanka is taxing the hard-hit tourism sector, making it increasingly difficult to move towards the path of revival.

Despite several attempts by the industry stakeholders to share the improved situation for tourists, where effective measures are taken to ensure they are cushioned against the prevailing challenges in the national economy, campaigns carried out by certain non-governmental organisations (NGOs) to assist the island nation in its time of need are proving to be counter-effective.

The tourism industry stakeholders shared that due to the said campaigns, it is rather unfortunate that the key source markets are under the impression that Sri Lanka is not equipped to cater to the needs and wants of international travellers.

The participation at the IFTM in Paris was an eye-opener for the tourism sector, as it showcased the perception of destination Sri Lanka in the international platform.

“Having just attended the IFTM in Paris and having visited tour operators in France, Belgium, the Netherlands and other key source markets, it is disappointing to report that the one salient common question being asked is ‘does Sri Lanka have a food shortage?’ This question is then followed by ‘aren’t children facing malnutrition?’” said the Sri Lanka Association of Inbound Tour Operators (SLAITO) sharing an update on its participation in the travel show it attended in France this month.

The campaigns carried out by the UNICEF, Lions Clubs International in Sri Lanka and various INGOs to collect funds to feed the children in Sri Lanka, using pictures of undernourished African children on their publicity material, have worsened the image of the island nation, the association said.

The SLAITO asserted that irresponsible statements from local government bodies together with images of street protests being quelled using force, the negative images going out into the world far outweigh any positive publicity efforts.

“All this is at a time when the need of the hour is earning foreign exchange for our basic requirements, for which tourism is the ideal industry.

We need the collective support of all Sri Lankans to help rebuild the tourism industry and in the process, to help to come out of this economic crisis, in a sustainable manner, by earning the required foreign exchange as opposed to depending only on handouts,” the SLAITO said.