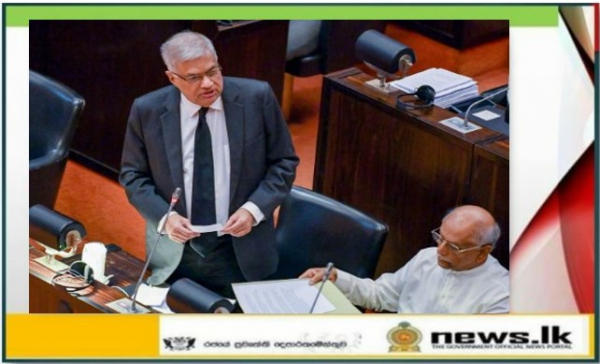 Her Majesty has been very frail after the death of her husband. His Highness Prince Phillip the Duke of Edinburgh, but no one expected a sudden passing away like this.

The ceremonies are all over, but we have to grapple with the issue. What did Queen Elizabeth II mean to us, to Sri Lanka, to the United Kingdom, the Commonwealth and to the world. As Queen of Ceylon, her reign signified the transformation of our country from Ceylon to Sri Lanka. The great political upheaval started under her. The 1956 election victory, the emergence of the ethnic issue, the coming of the free education generation, the state control of the economy, two coup d’etat against the government and the start of the armed uprisings in the South.

Her Majesty is a person who is a staunch Christian and held to her beliefs as a defender of the Anglican faith. But as Queen of Ceylon she also upheld the commitment to safeguard Buddhism under the Kandyan Convention of 1815. In fact, a little known item is that HM presided over the Buddha Jayanthi 2500 celebrations as the head of Ceylon together with the kings of Thailand, Laos, Cambodia and the President of Burma as Myanmar was then known.

When her term came to an end and we became a republic, there were also two issues that we had left behind which has still not been resolved. The conversion from a dominion of Ceylon into a unitary state of the Republic of Sri Lanka was the emergence of the ethnic issues which led, in turn to uprisings and still the last part of it has to be resolved.

Secondly, it was an issue that was raised, about if you want a figurehead why don’t you have the queen? Why do you need a figurehead President? I remember the late Mr. Siriwardena, Editor of the ‘Aththa’ wrote an editorial that we need not become a republic to become a socialist country. Then there was the issue that was raised by the then leader of the Opposition Hon. J.R. Jayawardena supported by his Chief Opposition Whip Ranasinghe Premadasa as to why we need a figurehead president. If we are to have a president, we should have an Executive Presidency on the model of France.

Now this is also still an unresolved question. Many have pledged and won elections to abolish the executive presidency but no one has done it.

In a sense, she represented not only the transformation of Sri Lanka but also the transformation of the rest of the world. The transfer of power from the West to Asia and Africa, the dismantling of the British Empire and the UK joining Europe, and then they left Europe and are now redefining its role as Global Britain.

In this transformation, Queen Elizabeth II became to us a symbol of stability and a symbol of adaptability. No other queen would have jumped off a helicopter with James Bond. And she was a symbol of duty. As a global icon she outranked the UK, a nation which has now to charter its fortune without its greatest soft-power asset, Queen Elizabeth, who was 100 times more powerful than the aircraft carrier named after her.

It is to pay our respect to this global icon which took many of us to the funeral service in Westminster Abbey. It was a very moving funeral service. The most poignant moment became when all of us in the Abbey, Christian or non-Christian, joined in to sing her favourite hymn ‘The Lord Is My Shepard’. ‘Goodness and mercy all my life shall surely follow me and in the god’s house for evermore my dwelling place shall be’.

Queen Elizabeth II is no more. Therefore, I request, Hon. Speaker, and I am supporting the motion moved by the Hon. Prime Minister to convey to HM King Charles III and members of the Royal Family our condolences.

I conclude this tribute to Queen Elizabeth II of Ceylon, the last of our royal line which began with King Wijaya with this verse. “Anicca vata sankhara, uppadavaya-dhammino, Uppajjitva nirujjhanti, tesam vupasamo sukho.” Impermanence our formations subject to rise and fall, having risen they cease, their subsiding is bliss. Thank You.”