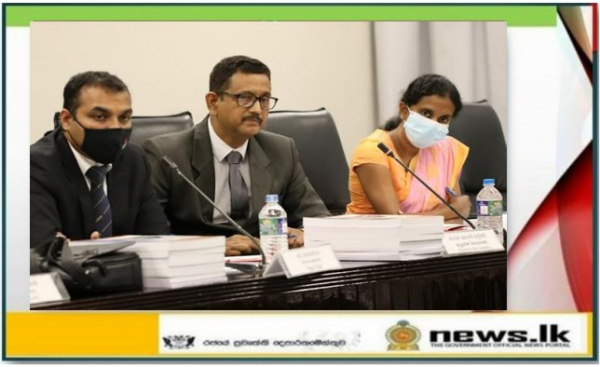 State Minister of Defense Hon. Premitha Bandara Tennakoon said in Parliament that the report of the special committee related to the violent incidents that took place on and around May 9th was handed over to the President on the 8 th September and accordingly steps will be taken to inform the Cabinet and the Parliament about it in the future. The state minister said this recently (23) while presiding over the first meeting of the Ministerial Consultative Committee on Defence related to the new session.

According to the report of this committee comprising former Navy Commander Admiral of the Fleet Mr. Wasantha Karnagoda, former Air Force Commander Marshal of the Air Force Mr.Roshan Gunathilake and former Army Commander General Daya Rathnayake (retired), if any lapses have occurred in the security forces, measures will be taken in the future the State Minister said.

The minister said this when the members brought to the attention of the committee whether there were any lapses by the security forces in connection with the violent incidents that took place in Sri Lanka on and around May 9 and the legal measures to be taken against those involved. Also, Defense Secretary General Kamal Gunaratne (retired) said that the law will be strictly enforced against those involved and those who supported these violent incidents.

Meanwhile, the approval of the Ministerial Consultative Committee on Defense was also received to present the order made under the Extradition Law, No 8 of 1977 relating to Extradition Treaty between Sri Lanka and the United Arab Emirates for the approval of the Parliament. The purpose of this is to remove the legal obstacles in bringing criminals from the United Arab Emirates to Sri Lanka, according to the Extradition Treaty made between the two countries in 2014.

There was also a discussion about stopping the smuggling of narcotics imported from foreign countries and implementing the law to prevent the misuse of social media for false propaganda. Committee members Hon. (Dr.) Sarath Weerasekera, Hon. (Major) Pradeep Udugoda and a group of MPs and government officials were also present at this occasion.