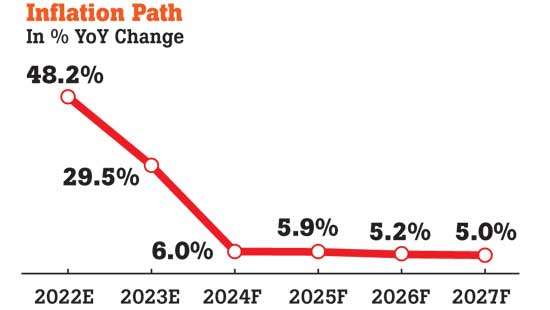 Sri Lankans could be in for a long drawn-out path out of the economic misery that they have dug themselves into, as the prevailing cost of living crisis could grind on for years with inflation staying higher than the pre-crisis level, even after a year from now, that also if things turn out according to the forecasters’ expectations. 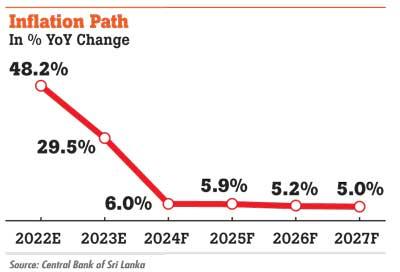 PinAccording to the medium-term inflation projections presented last week by the Central Bank together with the Finance Ministry to the country’s foreign creditors, Sri Lanka’s runaway inflation is going to stay at 29.5 percent on average through 2023, before cooling to 6.0 percent in the following year.

However, political instability, social unrest and the time taken to activate the International Monetary Fund bailout package could determine how long Sri Lanka’s people will have to put up with these spiralling prices and remain miserable.

Sri Lanka’s official headline inflation topped 70 percent in August, with the food prices running at over 80 percent, as the larger majority, who cannot put up with the pace of prices, are either staying hungry or forgoing meals while the others board planes seeking better living conditions elsewhere, where at least their hard-earned money is shielded from the runaway prices.

Two-thirds or more people in Sri Lanka are forgoing meals while 32 Sri Lankans go abroad every passing hour, according to reports.

Meanwhile, the projections presented to the creditors also showed that the economy would continue to shrink in 2023, at 3.0 percent levels, before recovering to an insignificant 1.5 percent level in 2024. This level of growth is insufficient to create economic opportunities for the country’s workforce.

Sri Lanka’s unsustainable economic development, a large part of which happened since the end of the war in 2009, is on course to give up one-fifth of its size by next year.

The runaway prices in a continuously declining economy could be the most toxic combination that its citizens could wish for and the Sri Lankans today are living that nightmare and it could last for several more years.