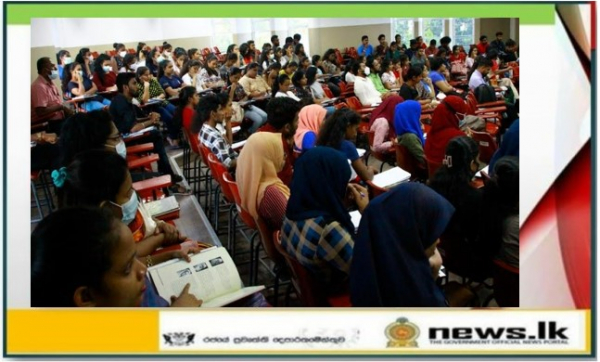 The resource persons for this course, which was initiated as a study for the final year students of the Department of Political Science and Public Policy of the University of Colombo, are provided by the Secretary General of the Parliament and the senior officials of the Secretariat of the Parliament. This is the first time that the Parliament of Sri Lanka has initiated such an academic course in collaboration with a university.

The coordination between the University of Colombo and the Parliament of Sri Lanka for this course was coordinated by the Department of Communication of the Parliament.