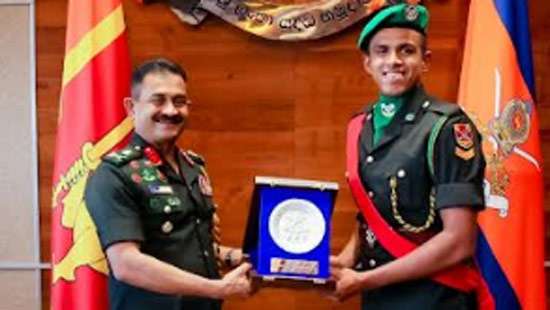 Sri Lankan cricketer Mahesh Theekshana of the Sri Lanka Army had been promoted to the rank of Sergeant by Commander of the Army Lieutenant General Vikum Liyanage yesterday.

The Commander yesterday invited sportsmen and sportswomen who shone distinctively in the field of international sports to the Commander’s office at the Army HQ to receive appreciative compliments and cash incentives.

Accordingly, in addition to Theekshana who is a member of the Sri Lanka Cricket team that won the Asia Cup, T.T Algama, K.B.Y De Silva and M.A.I.J Perera, who are members in the Sri Lankan National Netball team who won the Asian Netball Championship were promoted to the rank of Corporal from Private while the Bodybuilder, Lance Corporal R.A.D.P Rajapaksha who won the Bronze Medal in the Asian Bodybuilding Championship was promoted to the rank of Corporal.

The promotions were made by the Army Chief in recognition of their achievements.

The Commander of the Army, appreciative of their international achievements afterwards awarded financial incentives to Sergeant Theekshana, Netball team members and bodybuilder Lance Corporal R.A.D.P Rajapaksha extending his best wishes for their future. 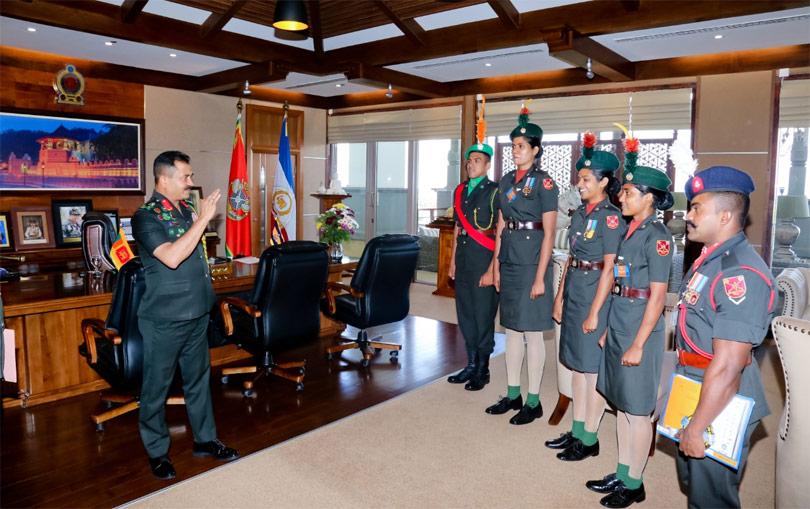 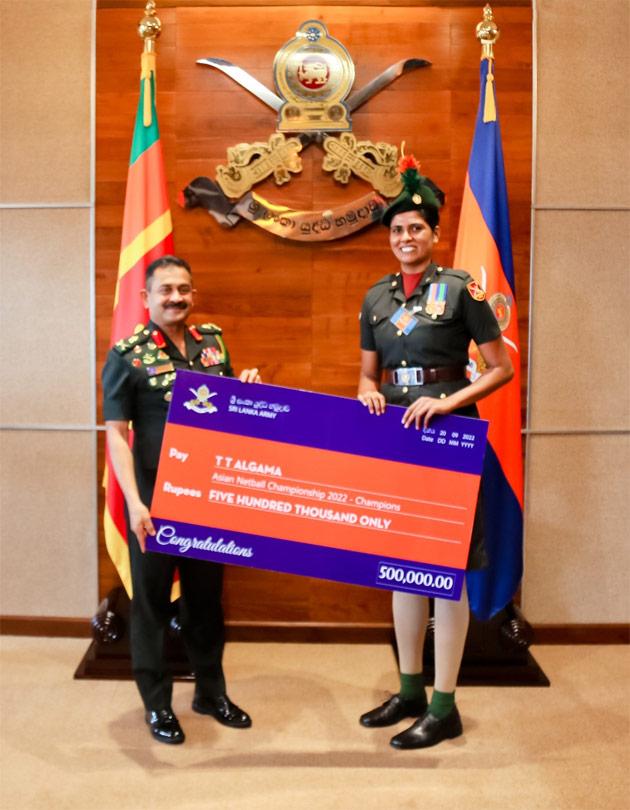 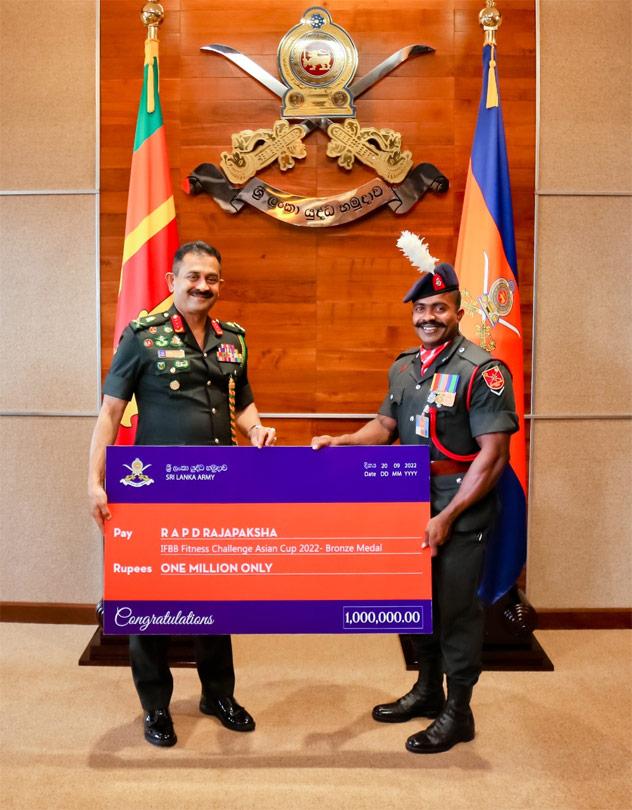 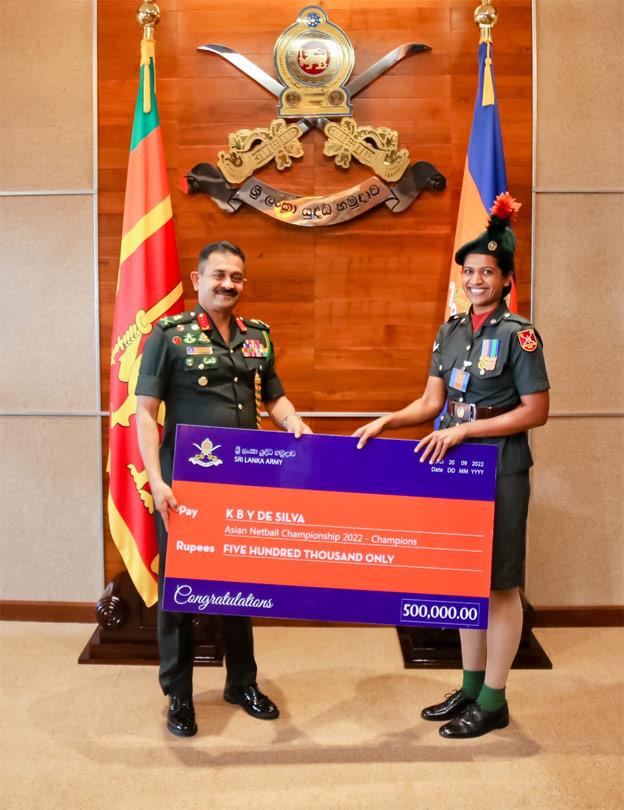 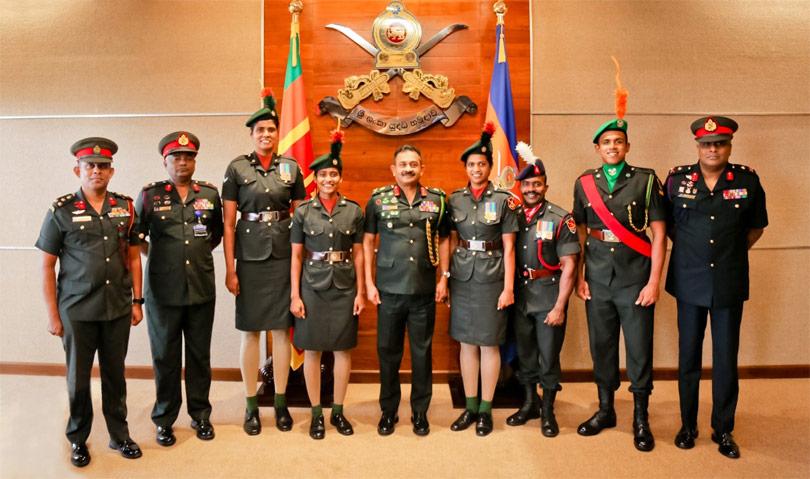