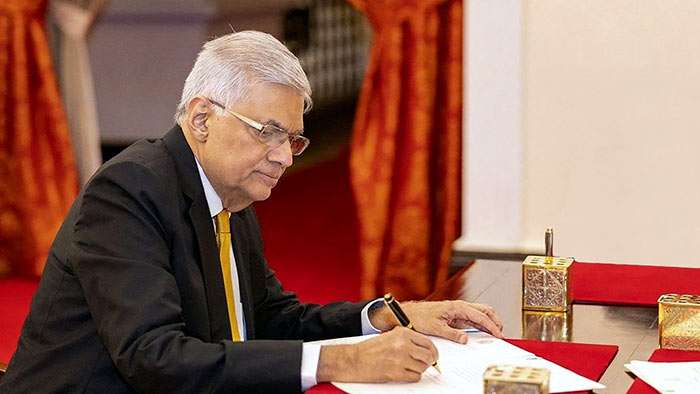 The term of the 3-member Commission of Inquiry (CoI) appointed by the former President Gotabaya Rajapaksa to investigate, inquire into and report or take necessary action on the findings of preceding Commissions or Committees appointed to probe into human rights violations, serious violations of International Humanitarian Law (IHL) and other such offences, was extended by President Ranil Wickremesinghe.

According to the  Extraordinary Gazette dated January 21, 2021, former President Gotabaya Rajapaksa appointed Supreme Court Judge A. H. M. D. Nawaz as the Chairman of the Commission while retired Inspector General of Police Chandra Fernando and retired District Secretary Nimal Abeysiri were appointed as the other  members.

The Commission was entrusted with the following responsibilities:

Overseen of whether action is being taken according to (b) and (c) above.(DSB)