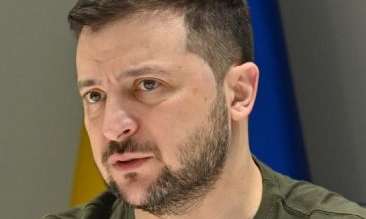 Seven Sri Lankan citizens, students of Kupyansk Medical College in Ukraine, who had been held by the Russian soldiers since March were rescued In the Kharkiv region, Ukraine President Volodymyr Zelenskyy said.

“In the Kharkiv region, investigative actions are continuing in the areas that were liberated from Russian occupation. All crimes of Ruscists are being recorded, and evidence of their guilt is being collected. Torture chambers where civilians of occupied cities and towns were bullied and premises where people, even foreigners, were kept have been found.

In particular, seven citizens of the Republic of Sri Lanka, students of Kupyansk Medical College [were rescued]. Back in March, they had been captured by Russian soldiers and subsequently kept in a basement.

Only now, after the liberation of the Kharkiv region, were these people rescued. They are being provided with proper medical care,” Zelenskyy said.

On 15 September, Yevhen Yenin, Deputy Interior Minister, reported that citizens of an Asian country, being peaceful foreign students, tried to leave for territory controlled by the Ukrainian government but were stopped by Russian military personnel, illegally detained, and tortured, the Ukrainska Pravda reported.