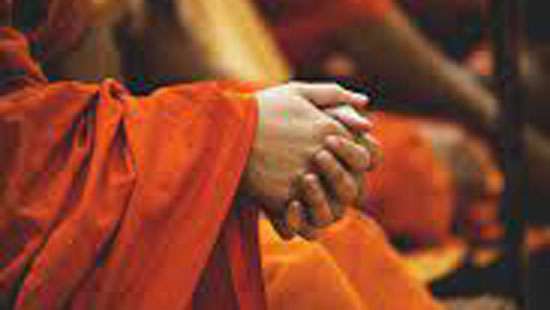 A 50-year-old Ven. Medagamuwe Mahanama Thera, the Chief Incumbent of the Vatthewa Nandarama temple in Seeduwa was found dead under suspicious circumstances at the temple yesterday.

It was reported that a team of policemen from the Seeduwa Police went to the temple upon public alert about a foul smell emanating  from the temple.

Upon this complaint, the police went to the temple and found no one was present and later found the prelate's body was lying on the bed in his room. His hands were tied and his mouth was stuffed with cloth.

Police said another monk was also living in the temple but left without informing anyone.

During the investigation, it has been revealed that the luxury vehicle and another smaller car that were in the temple had gone missing. Further probe continues. (Darshana Sanjeewa Balasuriya)