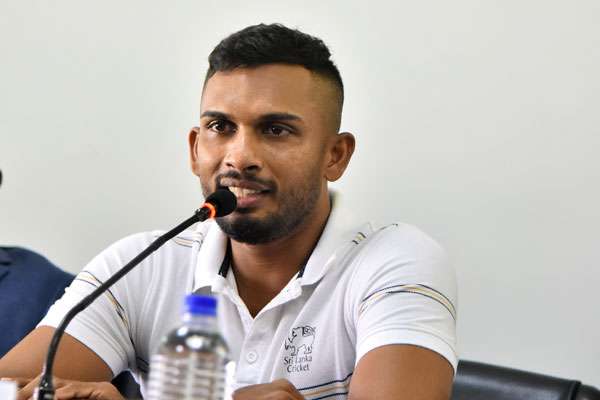 Asia Cup winning captain Dasun Shanaka revealed that Sri Lanka was relaxed and confident in their abilities even after their eight-wicket hammering at the hands of Afghanistan in the tournament curtain raiser.

He stated that the team’s self-belief was crucial for them turning things around and pulling off a five-match winning streak that led them to their sixth Asia Cup title.

“We did not panic that was lost the first match, as we had the belief that we can win the next game and move to the second round. The team had that belief that once we get a win, we can go on and keep winning at a stretch,” Shanaka said.

The hard-hitting right-hander expressed that his style of captaincy is to keep his players free from undue pressure and have them in a good frame of mind both on and off the field.

“As a team we were very relaxed. As a captain, I do not like to place limits on the players and put them under pressure since if you do so you cannot get the best out of them on the field. Your mindset off the field is just as important as when you are playing and that is something we have come to understand as a team,” he said.

Shanaka added that a significant part of his role is to give his players confidence rather than being overly critical of any failings they might have.

“As a captain the biggest thing I can give towards a player is instilling them with confidence. I never emphasise on the mistakes they made. Cricket has a lot of emotions involved. If a team can control their emotions they can go very far,” he remarked.

With the T20 World Cup in Australia a month away, Sri Lanka will have the task of adapting their game to strikingly different conditions compared to the UAE. The skipper revealed that the squad would be engaging in a training camp in Pallekele in the week before they depart.

“Conditions in Australia are completely different. We are starting a camp in Pallekele on the 25th, and I think mentality and skill will be important. Skill is something our players do have, and our mindset right now is extremely good. The one thing is adjusting to conditions,” Shanaka said.

Meanwhile President of SLC Shammi Silva remarked on the contribution made by former captain Mahela Jayawardene in his role as Consultant Coach for Sri Lanka’s senior, ‘A’ team and Under-19 sides.

“We got Mahela involved not to go on every tour, but we can say that one reason for the resurgence in our cricket is Mahela’s presence. Mahela performs somewhat of a hidden role, as he is involved in everything from selections to strategies. If we look at our junior cricket, even at that level we have improved considerably. Mahela has made a big contribution towards all this,” Silva said.