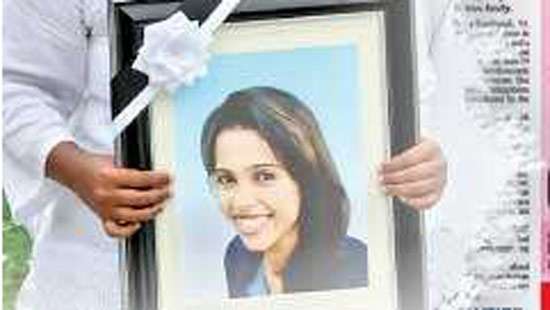 The Nagoya District Court called on the government to submit part of the video showing the final days of a Sri Lankan woman who died while in detention, Japanese media reported.

It said it needs to examine the footage as key evidence.

“I was really glad when the (presiding) judge told the government to submit five hours’ worth of the footage,” Wishma Sandamali’s sister Poornima, 28, said at a Sept. 14 news conference after the third court hearing in a damages suit over Wishma’s death. “I felt that the judge sees the need (to look into the video) to determine the cause of my sister’s death.”

The Immigration Services Agency keeps 295 hours of security camera footage on record that captured Wishma, 33, for two weeks until she died in March 2021. Her health had rapidly deteriorated while she was detained at a facility run by the Nagoya Regional Immigration Services Bureau, which led to her death.

Part of the video was shown to Wishma’s bereaved family for roughly five hours during a pretrial procedure.

“The rest of the footage we have yet to see likely captured the suffering my sister endured, which immigration authorities failed to mention in their final report on the case,” Wishma’s sister Wayomi, 29, said during the September 14 court hearing. “Please immediately order the immigration authorities to submit the entire video.”

The government told the court that it would consider whether to comply with the court’s latest request.

“It’s a big step forward that the court concluded that it needs to watch at least part of the video,” Koichi Kodama, a lawyer for the bereaved family, said at the news conference on September 14.