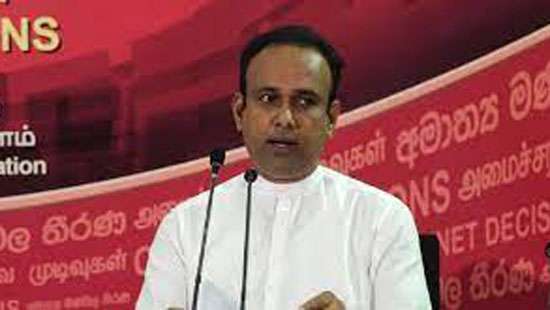 The government is reviewing the suspended imports list every fortnight to lessen the impact on industries, a Cabinet Minister said.

As per recommendations of the Central Bank, the government imposed a temporary ban on a wide range of goods with effect from August 23 under the Import and Export Control Act in order to manage the limited forex reserves.

The Minister of Plantation Industries and Minister of Industries, Dr. Ramesh Pathirana yesterday acknowledged that local industries are hit by this ban as they are struggling to secure necessary inputs and raw-materials.

Accordingly, he noted that the government is in discussions with the industries to provide relief as possible.
“The list of temporary banned imported items is being reviewed every two-weeks. This is only temporary and not a permanent list. Once the forex crisis is resolved, we will lift the import suspension,” he said.

Meanwhile, the Cabinet of Ministers approved a proposal presented by President Ranil Wickremesinghe in his capacity as the Minister of Finance, Economic Stabilisation, and National Policies to submit the said import suspension regulations issued under the Import and Export (Control) Act No. 1 of 1969 to Parliament.