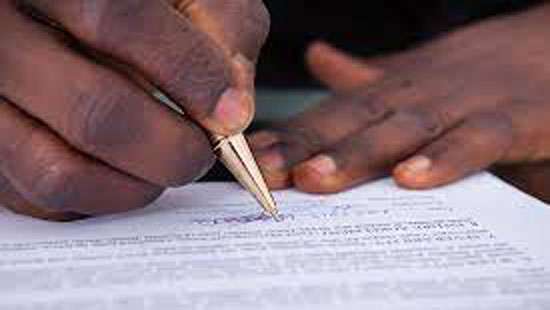 Sri Lanka’s manufacturing and services sectors are already seeing widespread layoffs, non-renewal of employment contracts, and hiring freezes as businesses are downsizing their operations amid the worst economic crisis, which is on course to trim the country’s output by at least 8 percent by the end of this year, a survey found.

A monthly survey carried out by the Central Bank on both manufacturing and services sectors of the country found that declining employment in both sectors at a rapid pace through July as employers are trimming their staff strength as they attempt to stay lean.

While the soaring inflation and demand destructive policies have weighed on top lines of companies, the exponentially higher interest rates and cost inflation have squeezed their bottom lines, casting a long dark shadow over the business outlook.

“Employment also declined, particularly in the manufacture of food & beverage sector, mainly due to the discontinuation of casual employees,” the Central Bank said in its survey findings.

While certain leading export-oriented manufacturing sectors such as textiles and garments are still holding up, others, especially the micro, small and medium-sized enterprises are struggling to stay afloat.

The construction sector is reeling from the sudden stoppage of government-sponsored projects and the import controls, rendering hundreds of thousands of people without work.

Meanwhile, the survey also found that employment had continued to fall in the services sector through July due to freeze in recruitments and non-renewal of existing employment contracts amid subdued business activities.

Retirements and resignations have also contributed to the loss of employment in this sector.

People are resigning in droves at all levels of employment, a phenomenon that gained momentum since the economy’s crash this year as they are looking for better employment opportunities and greener pastures elsewhere.

The most recent data showed that 208,000 people have already left the country for foreign employment in the first eight months of the year while the new passport issuances surpassed 700,000, a fresh record for both categories as discontent is growing amid the prolonged hardships faced by the people.

​People shifted from agriculture to industry until economy crashed in March

The people who took to agriculture during the early days of the pandemic, increasing the share of employed persons in that sector to recent highs, are now returning to other areas of work only to see their hopes dashed​​ in a shrinking economy.

According to labour force data available through the first quarter of this year, people had changed jobs from agriculture to industrial and services, as the latter two expanded their shares of labour force compared to last year.

However, the labour mobility may not have lasted long since the economy crashed in the following month as the free fall in the rupee, intensifying dollar shortage, soaring interest rates and the tightening controls on imports forced many businesses to either scale down their operations or close down the​ir​ business altogether.

Last week, Decathlon, a France-based sports-wear brand announced it would close its only remaining outlet in Battaramulla and its e-commerce store effective from October 30 as the ongoing restrictions on imports have made it virtually unable to source supplies.

Decathlon closed down its Union Place store back ​on July 31 as a precursor to tightening conditions to continuously resupply their merchandise.

Retailing is part of the services sector which accounts for nearly 60 percent of the total economic output and employs roughly half of the country’s employed persons.

The data showed that people migrating from agriculture as employed persons by the sector narrowed to 25 percent in the first quarter of 2022 from 26.1 percent three months ago and from 27.3 percent in the whole of 2021.

Meanwhile, the share of employed persons in the services sector also widened to 47.1 percent from 46.9 percent in the final quarter of 2021 and 46.7 percent seen in the entirety of 2021.

While Sri Lanka recorded an official jobless rate of 4.3 percent by the end of the March quarter, easing from 5.1 percent in 2021, unemployment could pick up sharply in the remainder of the year as the economy is projected to shrink at least 8 percent in 2022.