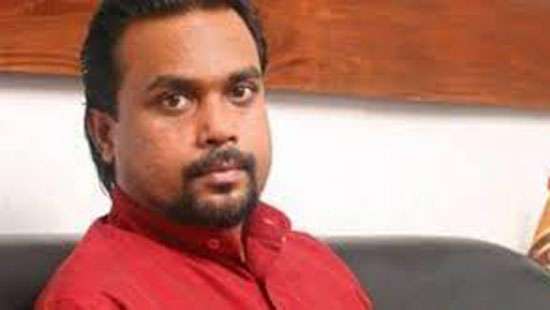 High Court Judge Marasinghe issued this notice on the Parliamentarian observing that Weerawansa was not present in court to face the charges filed against him in a corruption case filed by the Bribery Commission over unlawful acquisition of assets worth Rs. 75 million by the Minister during his tenure as a Parliamentarian.

The Director General of the Bribery Commission alleged that Mr. Weerawansa had earned the unlawful assets worth over Rs 75 million during his tenure as a Minister within a period of six years during the former regime between January 1, 2009 until December 31, 2014.

Hence the Judge issued an order on Mr. Weerawansa to appear before court on the next hearing date of the case with a Medical Certificate. (T. Farook Thajudeen)