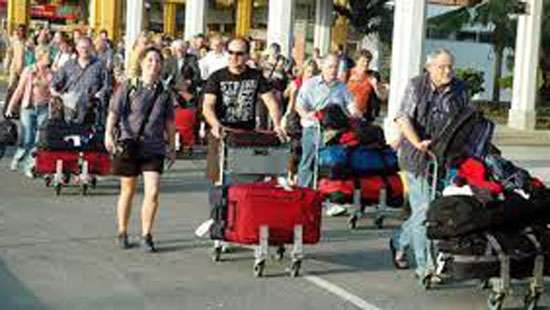 Tourist arrivals to Sri Lanka for the first eleven days of September have crossed the 10,000 mark, indicating a slow but steady increase in the number of visitors entering the country.

Provisional data by the Sri Lanka Tourism Development Authority (SLTDA) showed that for the 1 – 11 September period a total of 10,796 tourists arrived in Sri Lanka.

With the September arrivals so far, the cumulative arrivals for the year have reached 507,226.
The daily arrival rate for the said period is 979 tourists per day.

The top three source markets during the period under review were, India (21 percent), the United Kingdom (11 percent), and Australia (8 percent). The three countries accounted for 2,228. 1,183, and 817 visitors.

Other notable markets include Germany and Canada.  Industry stakeholders are optimistic in the number of tourist arrivals to the island nation increasing going forward with several tourist traffic generating markets having relaxed the travel advisories that were issued against visiting Sri Lanka.

At present, Sri Lanka is placed under Level 2 advisory, which is ‘exercise increased caution’ when visiting. The risk level has been lowered for the country following the improvement in the ground situation.

With Sri Lanka a step away from being catagorised under Level 1 advisory, which is ‘exercise normal precaution’, tourism sector stakeholders remain upbeat about the upcoming winter season.