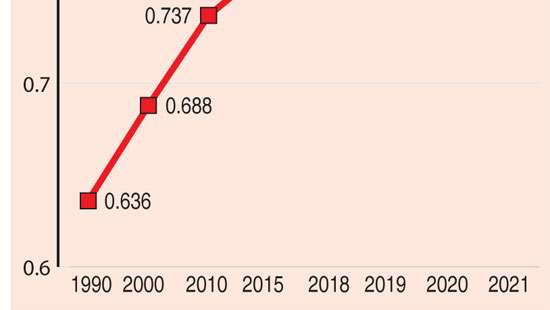 The HDI 2021 released by the United Nations Development Programme (UNDP) recently showed that Sri Lanka has​​ improved its ranking by two places since 2020. For the year of the pandemic, Sri Lanka had an HDI score of 0.780. 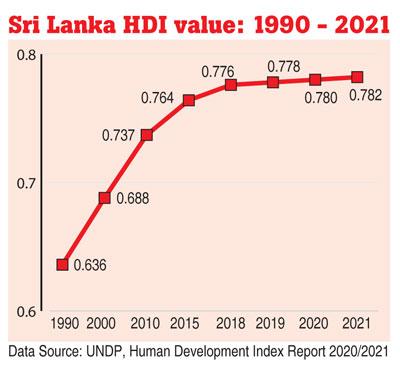 PinAccording to the report, Sri Lanka ranks below Seychelles (72), and above Bosnia and Herzegovina (74). The island nation is listed under the ‘High Development’ category.

The top three rankers of the HDI are Switzerland, Norway, and Iceland.

Analysis of the annual HDI values made available by the UNDO shows that Sri Lanka continues to move along the positive growth trajectory in achieving human development goals. However, a dip in the HDI rate of growth is observed.

Breaking the HDI according to gender, in Sri Lanka, it is observed that the Human Development for males is higher than for females, where the HDI value for males is 0.795, while for females it is 0.755.

Under the Gender Inequality Index (GII), Sri Lanka ranks 91 from the list of 191 countries and secures a value of 0.383.  The GII takes into account the maternal mortality ratio, which is 36 for the nation, the adolescent birth rate (15.7), the share of seats in parliament (5.4 per cent), the population with at least some secondary school education (female – 84 per cent, male – 84.2 per cent), and the labour force participation rate (female – 30.9 per cent, male – 68.5 per cent).