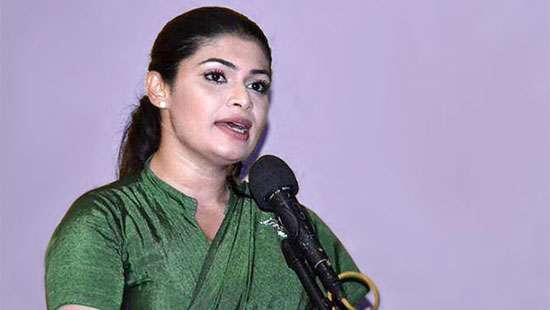 “Ranil's exit will happen soon and it will be more fearsome than that of former President Gotabaya Rajapaksa. He will be removed instantly and may end up in prison,” Ms. Premachandra told a press conference.

“Another aragalaya is on the way as people will begin rising again. Houses of main businessmen will be burnt by the helpless people and all the wealth owned by the rich will grabbed by the poor who are becoming helpless,” she added.

“Grabbing of assets owned by the rich has already begun as with some items from a rich household in Battaramulla a few days ago,” she said.

Ms. Premachandra came out hard against the decision to appoint Premalal Jaysekara as a State Minister and questioned as to how the UNPers welcome this move. “ It was Mr. Jayasekera who was convicted for killing a UNP supporter named Dodangoda at a rally on January 4, 2022 and one wonders as how the UNPers tolerate this move,” she said.

Also she said participation of Mr. Wickremesinghe in the funeral of Queen Elizabeth will not give any benefits to Sri Lanka. (Yohan Perera)