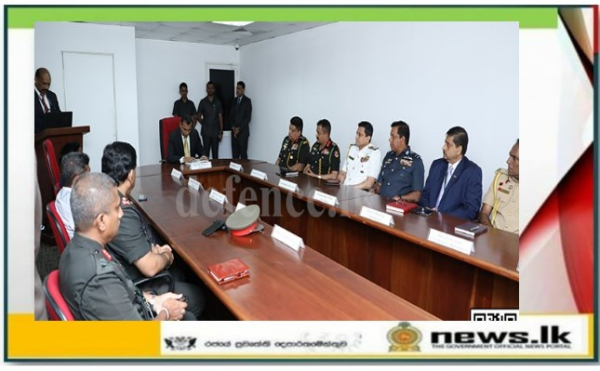 Secretary, Ministry of Defence General Kamal Gunaratne welcomed the new State Minister of Defence on his arrival at the venue.

He was appointed as the State Minister of Defence by President Hon. Ranil Wickremesinghe on Thursday (8) at the President’s Office in Colombo and took oaths in the presence of President Wickremesinghe.

Following the brief event he pledged that he will dedicate himself to successfully carry out the duty that is assigned to him by the President, to fulfil the national requirement.

Stating that economic stability has to be achieved while ensuring National Security, Political Stability and maintaining Law and Order, he requested the general public to be tolerant and thoughtful of the situation.

He is a young Sri Lankan politician, former Central Provincial Minister, and Member of Parliament and has served as the Minister of Ports and Shipping in the Cabinet previously.