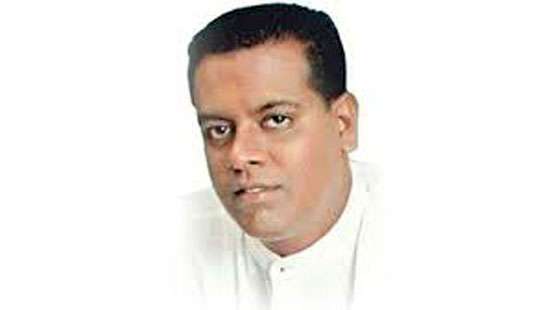 The Court of Appeal today fixed for September 29 to announce whether it issues summons against State Minister Sanath Nishantha in connection with two contempt of court cases.

The lawyers Vijitha Kumara and Priyalal Sirisena had filed these applications against newly elected State Minister Sanath Nishantha for committing the offence of Contempt of Court under the provisions of constitution.

The Petitioners states that Sanath Nishantha has been named as a suspect in a case before Colombo Fort Magistrate's Court for attacking Galle Face protesters on May 9, 20222 and the investigations are still being carried out by the CID.

The petitioners stated that on or around August 23, 2022, Sanath Nishantha addressing a press conference held at the party headquarters of the SLPP, made certain comments on the judiciary of Sri Lanka, especially in relation to the judicial officers.

The petitioners further maintained that remarks made by MP Sanath Nishantha are calculated to undermine public confidence in the judiciary.

The petitioners are further seeking an order to punish parliamentarian Sanath Nishantha for committing the offence of Contempt of Court under and in terms of Article 105(3) of the Constitution.