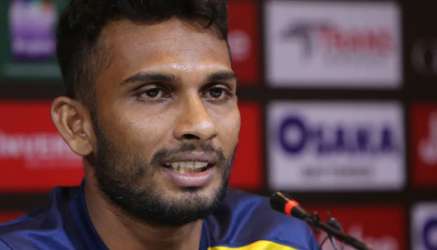 Sri Lanka's captain Dasun Shanaka said that the media should analyze and pay attention to bringing other sports in Sri Lanka to the top level of the world without only giving prominence to cricket.

“As a captain, I believe cricket is always on top in the world. Our players have played well on the world stage despite whatever issues they had. Our netball team is also the same. They played well. I believe if the media analyzed other sports except for those two sports, it would be a good sign for other sports in Sri Lanka,” he said at the post-match press conference after winning the Asia Cup.

“Not only Cricket, but other sports should also be on top. But the media always speak only about cricket. It is a big thing if we talk about other games and bring them up,”  he said.

Shanaka further said that the Asia Cup win could be a stepping stone for greater things to come for Sri Lanka cricket, which is going through a transition phase for a long time.

“Even two-three years back, the team used to play good cricket, but the winning factor wasn't there,” he said.

“This could be the turnaround in our cricket, this lot can continue to play for five-six years, which is a very good sign as well,” Shanaka said.(Darshana Sanjeewa Balasuriya)