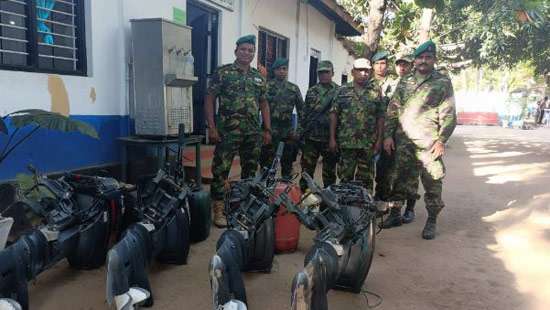 The Special Task Force of Police (STF) has arrested five men, who allegedly smuggle people to Australia illegaly by boats, during raids in Mugaththuvaram beach in Kattankudi.

The five suspects arrested – all residents of Batticaloa along with five dinghies used for human trafficking.

Police said the suspects have agreed to transport people by boats to Australia illegally and in violation of immigration laws.

They were handed over to Kattankudi Police for further investigations.

Investigation revealed that they have charged between Rs. 1 to Rs 1.5 million from every person for the illegal voyage to Australia by boats and dinghies.